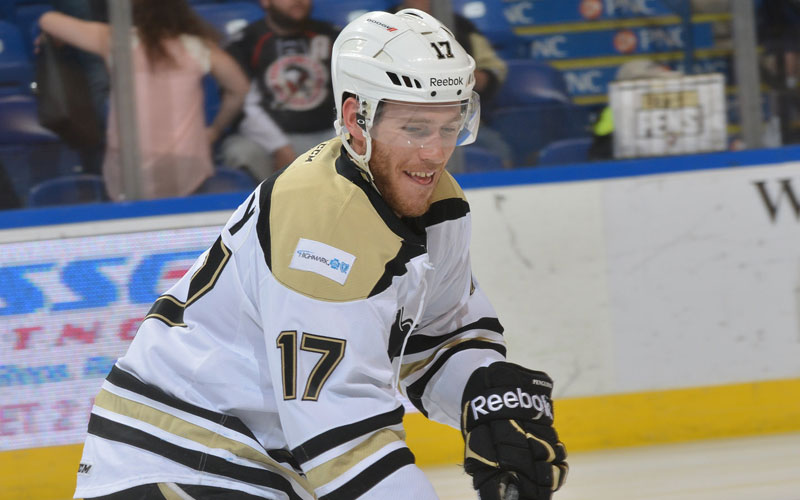 The Pittsburgh Penguins have assigned forwards Carter Rowney and Jake Guentzel to the Wilkes-Barre/Scranton Penguins of the American Hockey League, it was announced today by executive vice president and general manager Jim Rutherford.

Both players had suited up for each of Pittsburgh’s first five preseason games, with Rowney tying for the team lead with two goals.

Rowney finished second among Wilkes-Barre/Scranton skaters with 24 goals and 56 points last season.  He has posted 91 points (36+55) in 161 career games with the Penguins over parts of three seasons.

Pittsburgh’s third round draft pick in 2013, Guentzel joined Wilkes-Barre/Scranton after finishing his junior year at the University of Nebraska-Omaha, and posted six points (2+4) in 11 regular season games.  He went on to lead the Penguins with 14 points (5+9) in 10 Calder Cup playoff games.

The Penguins are back in action on Saturday, Oct. 8 at Mohegan Sun Arena at Casey Plaza when they take on the Hershey Bears. Game time is scheduled for 7:05 p.m.