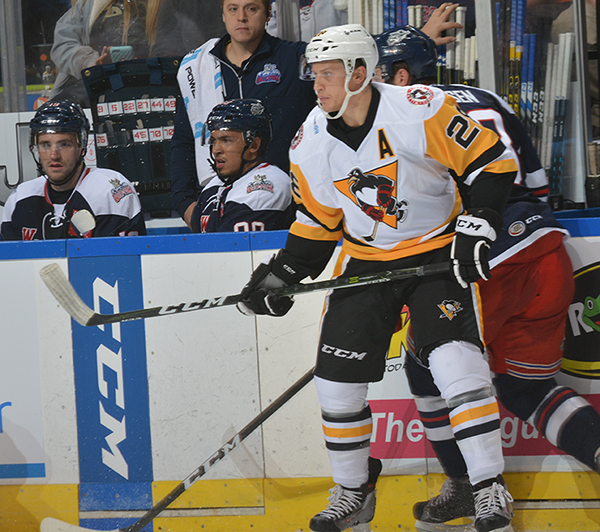 The Pittsburgh Penguins have recalled defensemen Steve Oleksy and Chad Ruhwedel from Wilkes-Barre/Scranton of the American Hockey League, it was announced today by executive vice president and general manager Jim Rutherford.

Forward Tom Sestito has been assigned to WBS.

Oleksy, 30, and Ruhwedel, 26, have helped the WBS Penguins jump out of the gate to an 8-1-1 record that has the club at the top of the AHL standings.

Last spring, Oleksy traveled with the Penguins during the final two rounds of the Stanley Cup playoffs following the injury to Trevor Daley, earning both a day with the Stanley Cup and a championship ring.

Oleksy has played in 62 career NHL games, all with the Washington Capitals, tallying 19 points (3G-16A) and a plus-15.