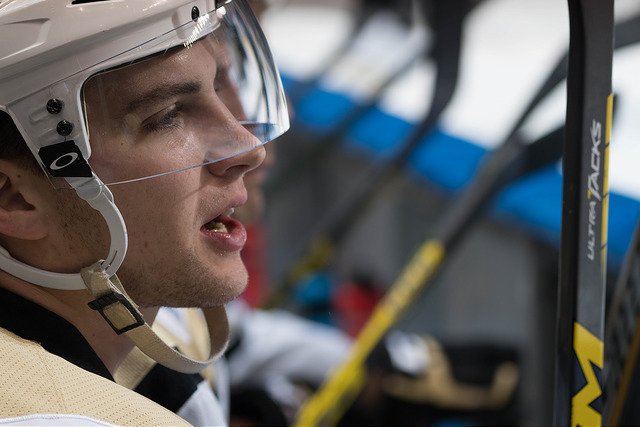 Pittsburgh Penguins forward CONOR SHEARY is on quite the hot streak lately, recording nine points over the past four games, and earning the NHL’s First Star of the Week award.

Sheary has picked up six goals and three assists during the Penguins’ current four-game winning streak.  He has three two-goal games and points in every contest, giving him his first four-game point streak at the NHL level.

The former Wilkes-Barre/Scranton skater has eight games during the month of January, tied for the most in the league, and currently ranks fourth on the Penguins with 34 points and third with 17 goals.

Sheary spent parts of three seasons playing in NEPA, recording 81 points (27+54) in 90 regular season games with Wilkes-Barre/Scranton.  As of Monday, the Winchester, MA native had totaled 44 points (24+20) in 83 games with Pittsburgh.

Here’s a look at WBS alumni currently on the Pittsburgh Penguins roster:

BRYAN RUST:  Currently skating on a line with Sheary and Sidney Crosby, Rust has put up 24 points (12+12) in 43 games with Pittsburgh.  The speedy winger is creeping up on 100 games with the NHL club (he currently sits at 98), and has produce 37 points (17+20) in parts of two seasons in the Burgh.

Rust totaled 33 points (16+17) in 63 games with Wilkes-Barre/Scranton over parts of three campaigns.

In parts of three seasons with Wilkes-Barre/Scranton, Wilson recorded 77 points (41+36). His 22 goals last season ranked third in the team, despite his appearing in only 34 games with WBS. 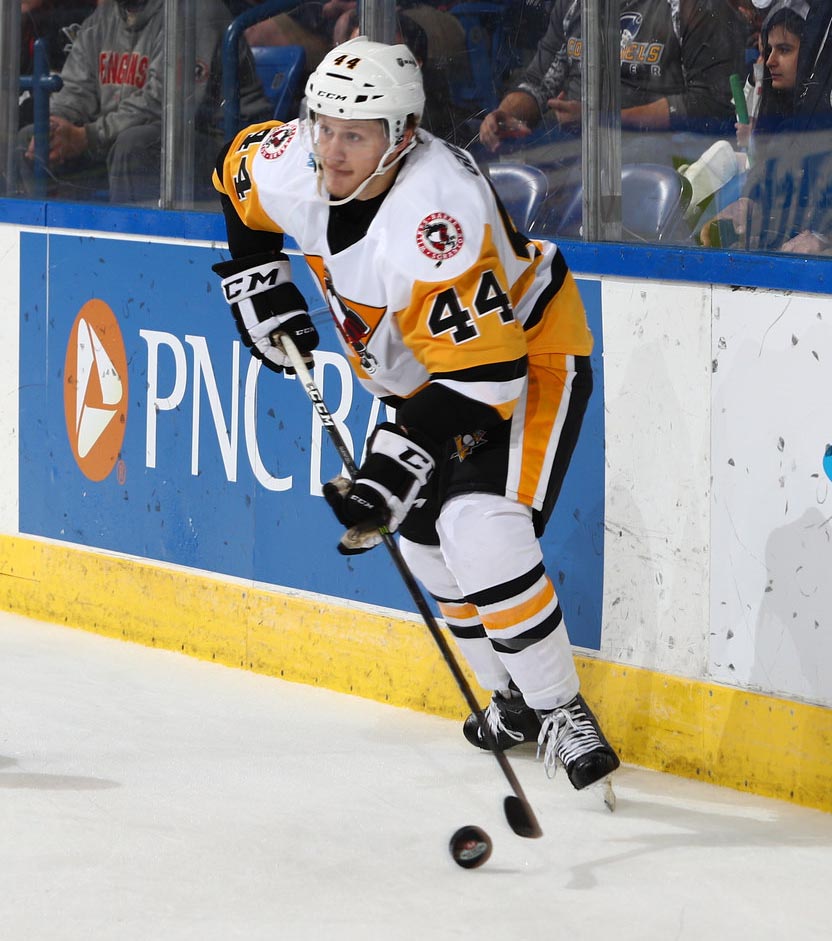 JAKE GUENTZEL:  The rookie forward has shown he’s ready for the bright lights of the NHL with seven points (4+3) in nine games with Pittsburgh.  He made an immediate impression, scoring on his first NHL shot during his debut on November 21 against the Rangers, and following that up with another tally later in the game.

Guentzel joined Wilkes-Barre/Scranton after his college schedule came to an end last year, and all he did was lead the Pens in playoff scoring (5+9=14 in 10 games).  He currently ranks second in the AHL with 21 goals and 42 points despite an extended stay with Pittsburgh.

TOM KUHNHACKL:  The German-born Kuhnhackl has found it difficult to crack the Pittsburgh lineup recently, appearing in just two games since December 16.  He has five points (2+3) in 25 games this season to go with 20 (7+13) in 67 games last year.

In parts of four seasons with Wilkes-Barre/Scranton, Kuhnhackl picked up 59 points (29+30) in 154 games.

STEVE OLEKSY has one assist in nine games with Pittsburgh this season, and has brought a physical edge to the blue line with 22 penalty minutes.  He has 23 points (3+20) in 73 career games with Wilkes-Barre/Scranton, and led the club with 123 penalty minutes last year.

CHAD RUHWEDEL tallied his first NHL goal in his second game with Pittsburgh back on December 23, and has added two assists in nine games with the team.  His 16 points (4+12) in 28 games are second most among WBS defenders this season.

CAMERON GAUNCE picked up assists in his first two games after being recalled last week.  He had eight points (2+6) in Wilkes-Barre/Scranton’s first 39 games this season. 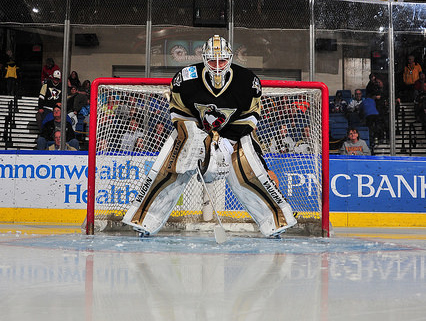 MATT MURRAY:  Since returning from a two week stint on the medical report, Murray has appeared in five of the Penguins past six games, including each of the past four contests.  He’s posted a 4-1-0-0 mark in that time while allowing 14 goals.  Half of those came in an 8-7 OT victory against the Washington Capitals, and he’s only let in one goal in each of his past three appearances.  For the season, Murray has posted a 17-4-0 mark in 22 games with a 2.32 GAA and .923 save percentage.

Murray rewrote the AHL record books while with Wilkes-Barre/Scranton, recording 12 shutouts during the 2014-15 season, setting the league record for longest shutout streak (304:11) and earning the league’s top goaltender and rookie awards.  He posted a 45-20-4 mark in two-plus seasons.

MARC-ANDRE FLEURY:  The two-time Stanley Cup champion and former first overall draft pick has a 13-7-0 record this season, and holds a 370-213-67 mark with Pittsburgh all-time.

Fleury appeared in 71 games with Wilkes-Barre/Scranton during parts of three seasons, posting a 39-23-4 record and 2.32 goals against average.

ON THE INJURY REPORT:

KRIS LETANG:  One of the NHL’s top puck moving defensemen, Letang had 23 points (4+19) in 30 games before suffering a lower body injury on January 14 against Detroit.   Letting has scored more points for Pittsburgh (375) than any other Wilkes-Barre/Scranton graduate.  He suited up for 10 games with WBS at the start of the 2007-08 season, recording seven points (1+6).

BRIAN DUMOULIN:  A fractured jaw has kept Dumoulin on the sidelines since December 27.  He had seven assists in 35 games prior to that this season.  He appeared in 188 games with Wilkes-Barre/Scranton from 2012-15, posting 78 points (15+53).