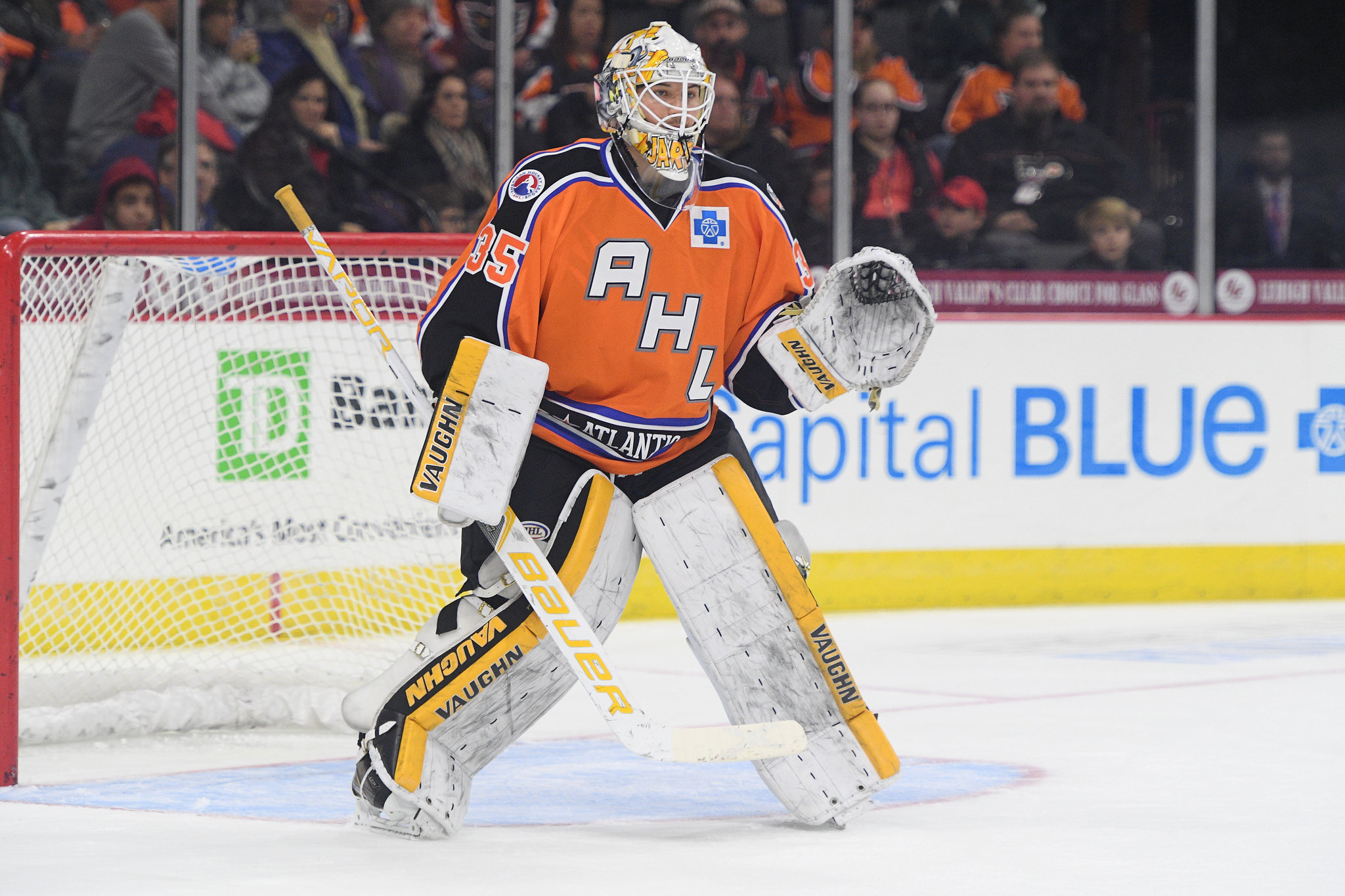 ALLENTOWN, Pa. – All-Star games are typically known for their comically high scores and porous defensive displays. The Atlantic Division bucked that trend at this year’s AHL All-Star Challenge in large part because of the play of its two goalies.

The Atlantic All-Stars ultimately fell in the Championship game to the central Division, 1-0 in a shootout, but the squad only allowed two goals in regulation in four contests. Only one puck got past Wilkes-Barre/Scranton Penguins goalie Tristan Jarry.

“I think I did pretty well,” Jarry said in an understatement. “Obviously, it gets tough out there with all the two-on-ones and breakaways you can face, but it was fun to be out there with those caliber players.”

After his first stint in net saw not a single puck thrown his way, he had to contend with a two-man break for the Pacific Division in Game 2 for his first shot against. Completely unfazed, Jarry turned aside the shot just the same way he did when he went a perfect three-for-three during the Pass and Shoot portion of the Skills Competition the night before.

The 21-year-old goaltender is never the person whose nerves will get the best of him, and he showed it time and time again on Monday night at PPL Center.

“I’m not really one to get too nervous or get too pumped up,” Jarry said. “So I was just my usual self, and I played the way I regularly play.”

How does Jarry regularly play? Well, Penguins fans know that the cool-mannered netminder has been a stalwart between the pipes all season long, earning a lowly 2.21 goals against average, .921 save percentage, and a league-leading 19 win total.

Jarry’s intensity didn’t stay back in Wilkes-Barre when he packed his things for a quick All-Star break road trip.

“If you’re a goalie, you hate being scored on,” Jarry said. “You’re trying your hardest to stop every shot. That’s our approach, and that’s the way I took it tonight.

“For goalies, [All-Star games are] different, because players want to show what they can do with the puck. For us, it’s about what we can do without the puck. Can you stop the puck? I think it’s one of those things where you need to be prepared for every possibility and every shot.”

Zane McIntyre of the Providence Bruins was equally impressive in the four tournament games for the Atlantic, but was handed the loss in the championship game because he was in goal for all of the shootout attempts. That decision was inadvertently made before puck drop, when McIntyre and Jarry engaged in a game of rock, paper, scissors to determine who would start the first half of the contest.

Jarry won the quick ro-sham-bo and kicked things off as the opening goalie in the tilt, which left McIntyre duty for the final two minutes. At the end of a scoreless regulation period, McIntyre just stayed in net for the shootout.

Jarry didn’t mind watching as the game was decided, though. At that point, he was just happy for the experience.

“It was a fun game,” Jarry said. “To go to a shootout in front of a sold out crowd, obviously that’s fun. You want to win, but it was cool to be a part of this.”