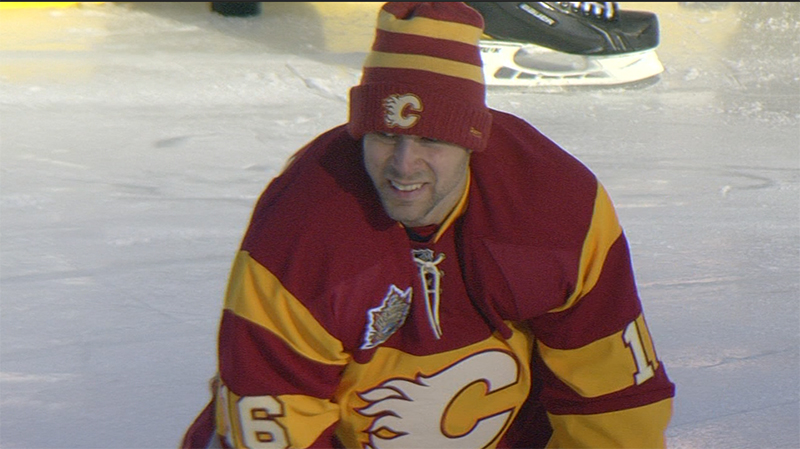 Tom Kostopoulos has appeared in 630 National Hockey League contests during his long and vaunted career, and 629 of those took place in friendly, climate-controlled structures.

But on February 20, 2011, TK and his Calgary Flames teammates hit the ice outdoors in what may be the coldest game ever played.

The 2011 Heritage Classic took place at McMahon Stadium in Calgary between the Flames and Montreal Canadiens.  More than 40,000 fans packed into the venue, despite sub-zero temperates.

There was some fear leading up to the game that the contest would have to be delayed or even canceled because of the weather.

“They kept changing the cut off, the degrees,” recalled Kostopoulos.  “A week before I think was at minus-8 we weren’t going to play.  Then two days before they said minus-10 we won’t play.  That’s degrees celsius.

“And we played at minus-12.  It was freezing, except for the benches.  The benches were heated.”

The wind chill brought the temperature down to -25 celsius, and one of Kostopoulos’ teammates had a unique way to stay warm during play.

“Our goalie, Miikka Kiprusoff, wore a full scuba diving suit underneath his equipment,” recalled TK, who mentioned that many of his friends who visited for the game cam unprepared for the frigid temps.

But the weather didn’t cool the enthusiasm of the those who too part in the game, or who were there to experience the spectacle from he stands.

“It was just cool to see the amount of people in the building, and then the roar when we did something well or scored,” said Kostopoulos. “When you’re used to playing in front of 10 to 12,000 people, 60,000 is a lot different.  So it was pretty amazing, just taking it all in.”