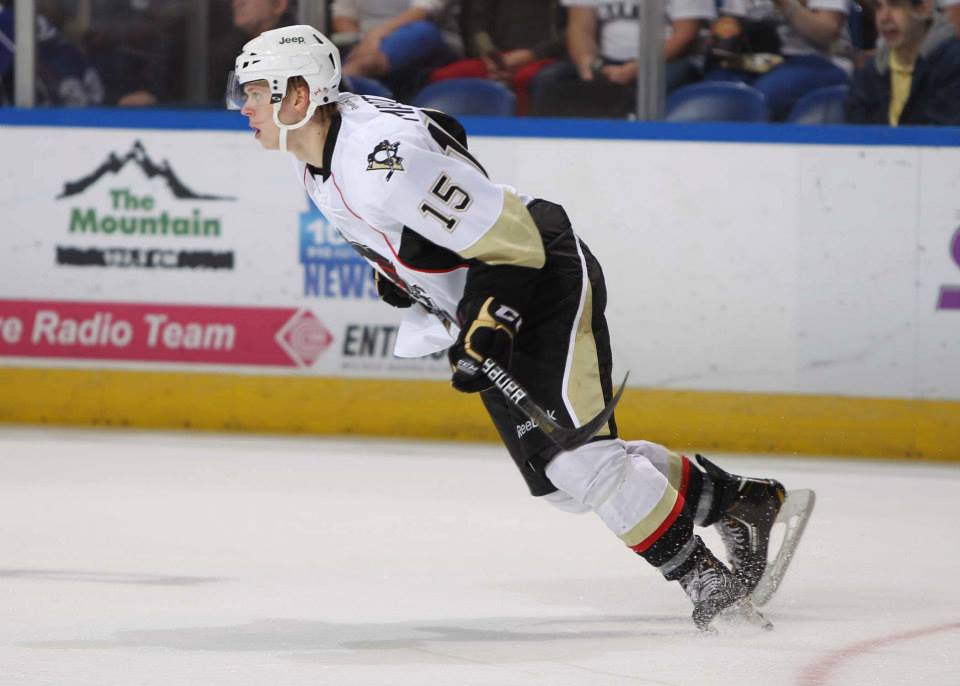 Olli Maatta has goals in back-to-back games for the Pittsburgh Penguins, including the opening tally in a 7-0 win on Sunday.  He’s now helped the defending Stanley Cup champions to a 3-2 lead in the Eastern Conference Finals against the Ottawa Senators.

Now playing in his fourth NHL season, Maatta is one of the brightest young stars on the Pittsburgh roster.  But what many don’t realize, is that the former first round draft choice played his first pro games in Wilkes-Barre.

A native of Jyvaskyla, Finland, Maatta made the move to North America prior to the 2011-12 season, joining the London Knights of the Ontario Hockey League.  His 32 points (5+27) in 58 games was tops among Knights defensemen, and drew the attention of NHL scouts.

The Penguins scooped up the blue liner with the 22nd pick in the 2012 draft, and saw him continue to blossom the following season.  Once again, he led London defenseman with 38 points (8+30), helped the club to the top regular season record in the OHL, and the league’s playoff championship.

Following the conclusion of the Knights’ season, Maatta jumped right into the heat of the Calder Cup Playoffs with Wilkes-Barre/Scranton.

The defenseman suited up for Games Three, Four and Five of the Eastern Conference Final against the Syracuse Crunch.  The Penguins fell in all three of those contests and were knocked out of the playoffs, but fans in NEPA did get a chance to see Maatta skate on the Mohegan Sun Arena ice.

The 22-year old has been through a lot since then.  He won a bronze medal with Team Finland at the 2014 Winter Olympics, battled and beat cancer, missed most of the 2014-15 season after multiple shoulder surgeries, and captured a Stanley Cup last season.

PENGUINS CHRISTMAS SWEATERS THROUGH THE YEARS