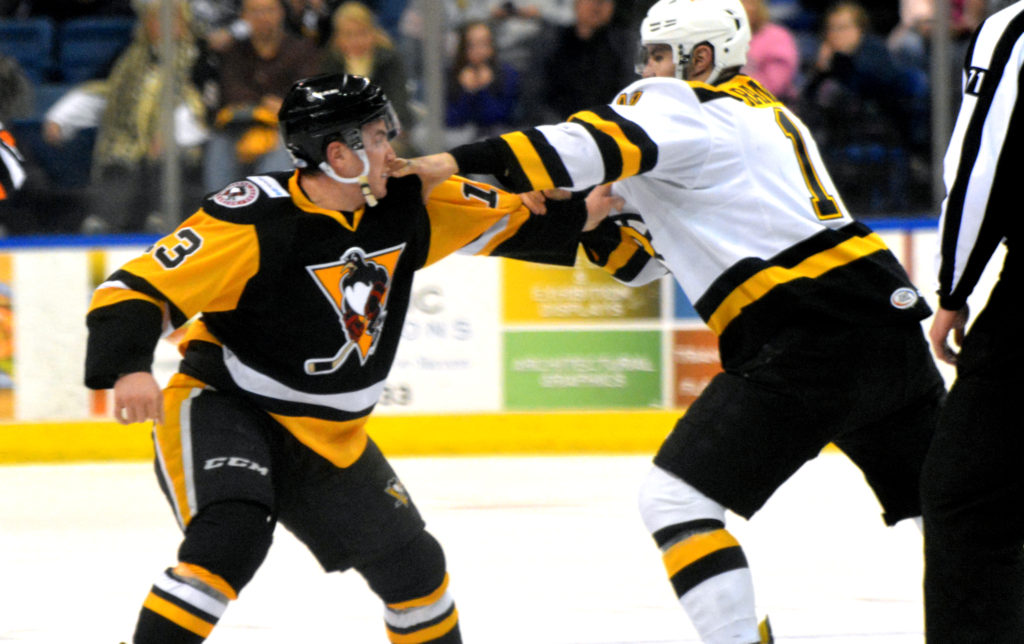 WILKES-BARRE, Pa. – The Wilkes-Barre/Scranton Penguins announced today that they have signed forward Patrick McGrath to an American Hockey League contract for the 2017-18 season.

A native of Shavertown, Pa., McGrath became the first local hockey player to join the Wilkes-Barre/Scranton Penguins when he signed a professional tryout agreement with the team on December 26, 2014. He made his AHL debut the next night against the Bridgeport Sound Tigers.

Last season, McGrath appeared in 30 games for Wilkes-Barre/Scranton and recorded AHL career-highs with one goal, three assists and four points. He also racked up 89 penalty minutes in those 30 contests. McGrath was given the team’s Fan Favorite Award for the second season in a row on Apr. 15, 2017.

McGrath, 24, is entering his fifth season in professional hockey having played in 51 career AHL games and 137 contests with the Wheeling Nailers (ECHL). In his time with Wheeling, McGrath put up 14 points (6G-8A) and 532 penalty minutes. He ranks sixth in penalty minutes in Wheeling franchise history.