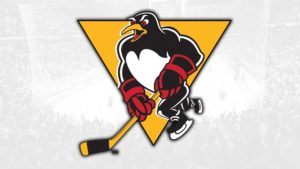 WILKES-BARRE, Pa. – The Wilkes-Barre/Scranton Penguins announced today their exhibition schedule for the 2017 preseason. The Penguins will play four contests (two home / two away) split between the Hershey Bears and new Binghamton Devils.

The Penguins’ 2017 preseason dates and game times are as follows:

The Devils are one of three new franchises joining the American Hockey League for the 2017-18 regular season.