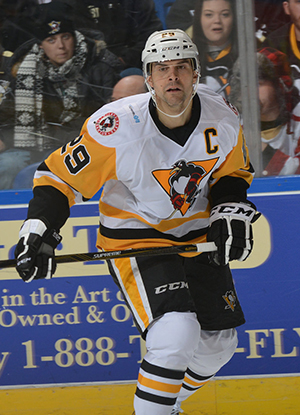 The Pittsburgh Penguins have re-assigned eight players, it was announced today by executive vice president and general manager Jim Rutherford.

Forward Jordy Bellerive, an 18-year-old undrafted free agent who signed his entry-level contract with Pittsburgh during training camp, has been returned to his junior club, the Lethbridge Hurricanes of the Western Hockey League.

The Penguins have 47 players remaining in camp (28 forwards; 15 defensemen; 4 goalies). Attached is an updated roster.