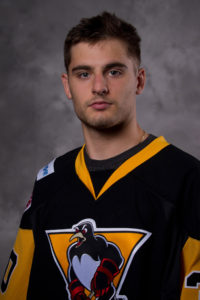 WILKES-BARRE, Pa. – The Wilkes-Barre/Scranton Penguins announced today that forward Sam Miletic has been reassigned by the Pittsburgh Penguins (NHL) to the London Knights (OHL).

Miletic led the Knights with 37 goals last season and ranked fifth on the team with 55 points. He has 69 points (40G-26A) in 100 career games played in the OHL.

The undrafted 20-year-old forward singed an entry-level contract with the Pittsburgh on Sept. 25, 2017.