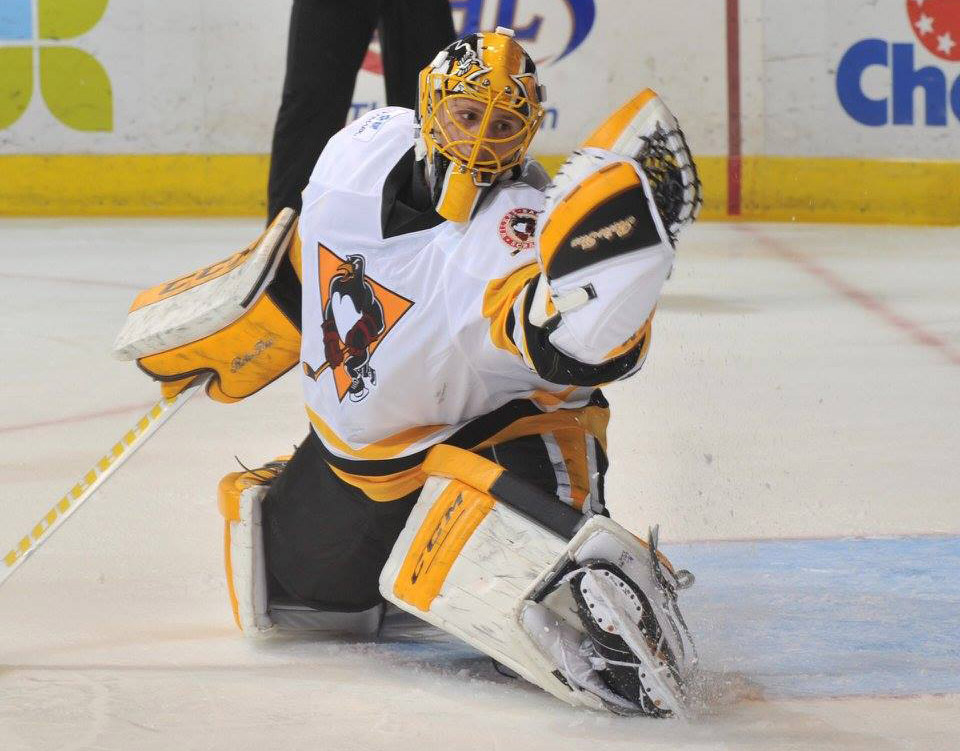 Forward Carter Rowney has been placed on injured reserve.

DeSmith, 26, is joining an NHL roster for the first time in his career. He has made three starts for Wilkes-Barre/Scranton this season, posting a 3-0 record to accompany his 0.98 goals-against average, .965 save percentage and one shutout. DeSmith ranks second in the AHL in goal-against average and third in save percentage.

Wilkes-Barre/Scranton not only posted the best regular-season record in the AHL last year, but DeSmith and goaltending partner Tristan Jarry combined to record the lowest goals-against average in the league, earning the duo the Harry “Hap” Holmes Award.

DeSmith, a native of Rochester, New Hampshire, is in his third professional season. Thus far he has amassed an overall AHL regular-season record of 26-7-3 with a 1.92 goals-against average, .929 save percentage and two shutouts. He has a 7-7 career playoff record in 14 postseason starts for WBS.

DeSmith originally broke into the professional ranks with the Wheeling Nailers in 2015-16, and played the last two seasons on minor-league deals. He signed his first NHL contract on July 1, 2017.

Prior to signing with Wheeling, DeSmith spent three seasons playing collegiately at New Hamphire, where he was 48-36-8 with a 2.32 goals-against average, .923 save percentage and nine shutouts. As a freshman, he was named to the Hockey East All-Rookie Team, and he was a Hockey East Honorable Mention All-Star selection as a sophomore.