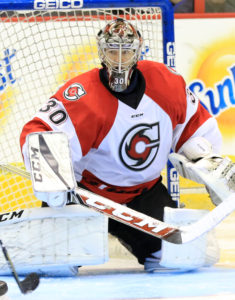 Peters has played 16 games this year with the Buffalo Sabres’ ECHL affiliate, the Cincinnati Cyclones, posting a 10-4-1 record. Peters owns a .925 save percentage and a 2.34 goals against average, the latter of which ranks fourth in the ECHL. The 26-year-old from Blyth, Ontario has already appeared in three games for the Penguins this season, posting a 5.01 goals against average and .857 save percentage.

Morrison was last with Wilkes-Barre/Scranton during the team’s training camp prior to the 2016-17 season. This year with the Penguins’ ECHL affiliate, the Wheeling Nailers, Morrison has a 2-7-0 record, 3.04 goals against average and .900 save percentage. 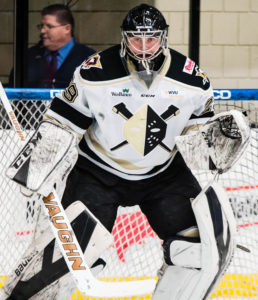 Once a third round pick (81st overall) by the Philadelphia Flyers in 2008, Morrison has logged two AHL games in his career. Both were as a member of the Providence Bruins, but one came during the 2011-12 season and the other during the 2014-15 campaign. He has a 0-2-0 record as well as a 4.54 goals against average and .885 save percentage in that time.