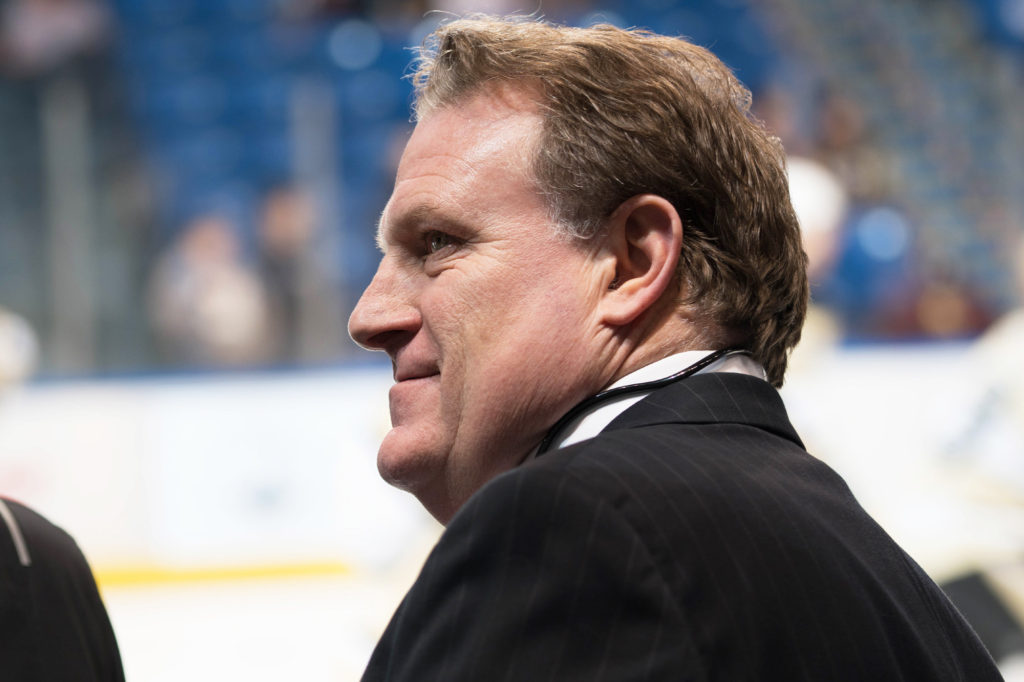 Wilkes-Barre/Scranton Penguins head coach Clark Donatelli captured his 100th win behind the team’s bench with the team’s 4-1 victory over the Hershey Bears on Friday, February 2, 2018.

Donatelli took over the team’s head coaching duties on December 22, 2015, joining the team from the Wheeling Nailers following Mike Sullivan’s promotion to the Pittsburgh Penguins. 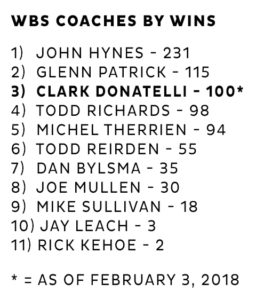 The Providence, Rhode Island native captured his first win with the team on January 2, 2016 against the Springfield Falcons.

Following the win on February 2, Donatelli has a 100-55-9-4 record with the Penguins.  His win total is third-highest in team history.

The Penguins’ next game is Saturday, February 3 against the Lehigh Valley Phantoms. Puck drop between the Penguins and Phantoms is scheduled for 7:05 p.m. at Mohegan Sun Arena at Casey Plaza.

Saturday’s contest will also be Wilkes-Barre/Scranton’s annual Pink in the Rink night. Individual tickets for all Penguins home games are available at the Mohegan Sun Arena at Casey Plaza box office, online at TicketMaster.com, or by calling 800-745-3000.