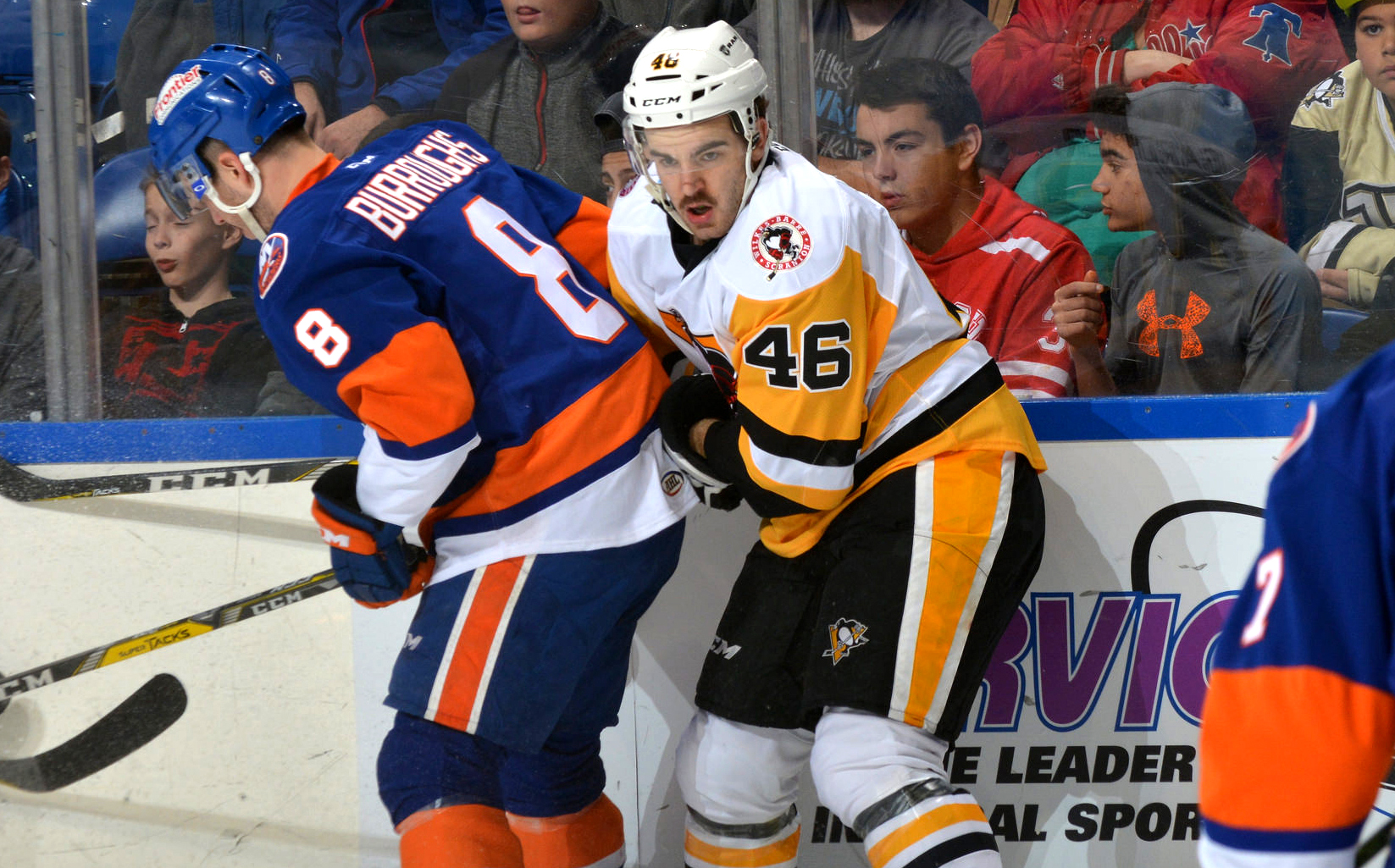 WILKES-BARRE, Pa. – The Wilkes-Barre/Scranton Penguins announced today that they have recalled forwards Reid Gardiner and Troy Josephs from their ECHL affiliate, the Wheeling Nailers.

Gardiner leads Wheeling with 26 goals this season and is tied for the team lead in points (44). His 26 tallies are also most among all ECHL rookies. Gardiner got off to a torrid start to the season, recording 10 goals and seven assists for 17 points in his first 10 games in the ECHL, en route to being named ECHL/CCM Rookie of the Month for October. The Humbolt, Saskatchewan native then posted 12 goals and three assists for 15 points in 10 games in January to be named ECHL/CCM Rookie of the Month once again.

Gardiner, 22, spent the first half of his last season with the Penguins before returning to his junior club, the Prince Albert Raiders of the Western Hockey League. He has six points (3G-3A) in 23 career AHL games.

Josephs is fresh off of a hat trick performance on Friday night with Wheeling in their game against the Indy Fuel. With his recent outburst, the forward from Whitby, Ontario has nine goals and 11 assists for 20 points in 26 ECHL games.

The 23-year-old first-year pro appeared in 13 games for Wilkes-Barre/Scranton last year on an amateur tryout agreement following a four-year career at Clarkson University. Josephs posted one goal and one assist in those contests with the Penguins.

The Penguins’ next game is tonight, Saturday, Feb. 3 against the Lehigh Valley Phantoms. Puck drop between the Penguins and Phantoms is scheduled for 7:05 p.m. at Mohegan Sun Arena at Casey Plaza. Saturday’s contest is also Wilkes-Barre/Scranton’s annual Pink in the Rink night. Individual tickets for all Penguins home games are available at the Mohegan Sun Arena at Casey Plaza box office, online at TicketMaster.com, or by calling 800-745-3000.