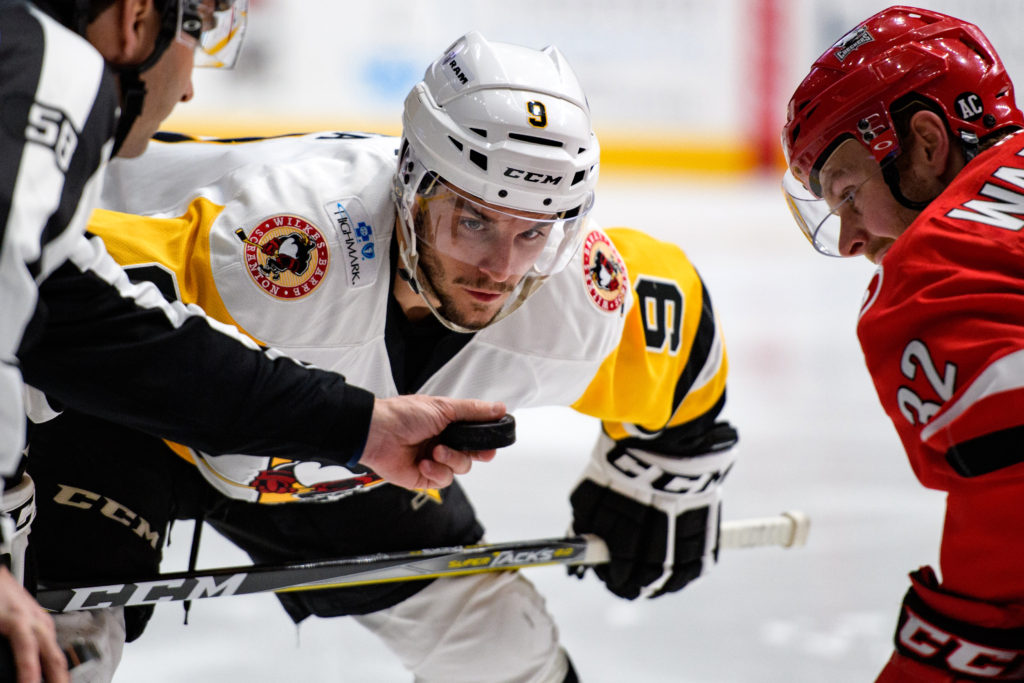 CHARLOTTE, N.C. – Quick-succession scoring led the Wilkes-Barre/Scranton Penguins to a 5-2 triumph over the Charlotte Checkers at Bojangles’ Coliseum on Tuesday night.

Wilkes-Barre/Scranton (36-17-4-2) picked up two pairs of goals in a matter of seconds throughout the course of the contest to win its third game in a row and earn points in six of its last seven.

The Checkers were on the Penguins early, dominating possession in the first eight minutes of the game. All of their offensive zone time culminated in a goal, as Valentin Zykov potted his league-leading 31st tally of the season at 8:52 of the opening frame.

Wilkes-Barre/Scranton responded swiftly though, as Zach Trotman and Tom Kostopoulos scored 31 seconds apart for the Penguins to shock the Queen City crowd and take a sudden 2-1 lead.

After a largely uneventful first half of the second period, the Penguins struck twice in quick fashion again. First, Tom Sestito forced a turnover by levying a crunching hit at the Checkers’ blue line, and Sam Lafferty delivered an on-the-money pass to Joseph Cramarossa for a breakaway goal. Twenty seconds after

Lafferty earned his first pro point with the helper on Cramarossa’s tally, Teddy Blueger found the back of the net during the power play. Blueger’s man advantage marker gave Wilkes-Barre/Scranton a 4-1 lead at 15:02 of the middle frame.

Charlotte cut into the deficit with a power play goal of its own. Andrew Poturalski did the honors with a one-timer in the high slot with 3:02 left before the second intermission.

Still trailing by two late in the third period, Checkers head coach Mike Vellucci got aggressive and pulled his goalie for an extra attacker with 4:44 remaining in regulation. Charlotte’s bold move only resulted in Kostopoulos setting up Blueger for an empty net goal with 1:31 left in regulation.