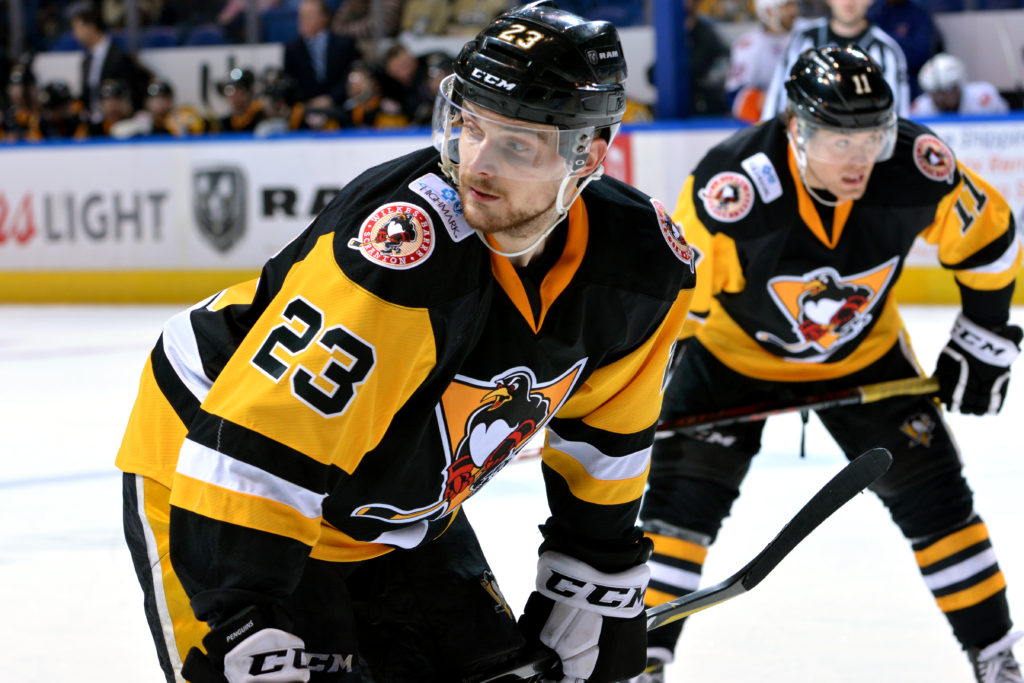 The Penguins gave the top team in the league all it could handle, throwing 40 shots on net and coming back from down 2-0, but fell short in extra minutes against the Marlies.

Wilkes-Barre/Scranton’s resiliency was on display once again, this time erasing a 3-0 deficit to force overtime. However, an early OT marker gave Utica the win. With two points (1G-1A), Daniel Sprong reached the 50-point plateau.

For the third game in a row, the Pens required extra time. In the eighth shootout round, Garrett Wilson scored so the team remained undefeated in five contests against the Devils.

Wilkes-Barre/Scranton’s penalty kill was put to the test, having to defend 11 man advantages for Bridgeport. Despite two power play goals early in the final period, the Pens were unable to construct a comeback to force OT again.

Wilkes-Barre/Scranton will face Providence for the fifth time this season. The Penguins look to gain the lead in the season series, which is tied at two wins apiece.

The Penguins travel to Hartford for the final time this season. The Pens are 10-1-1-0 at XL Center over the past five years.

Big points are on the line as the Pens and P-Bruins compete for a potential four-point swing for the second time in four days.

– Daniel Sprong is currently ranked in the top four in three different categories among AHL rookies. He’s placed second in goals (24), third in shots (164) and is tied for fourth in power play goals (9).

– Michael Leighton is 3-0-0-0 in his time with the Penguins with all three wins coming beyond regulation against the Binghamton Devils.