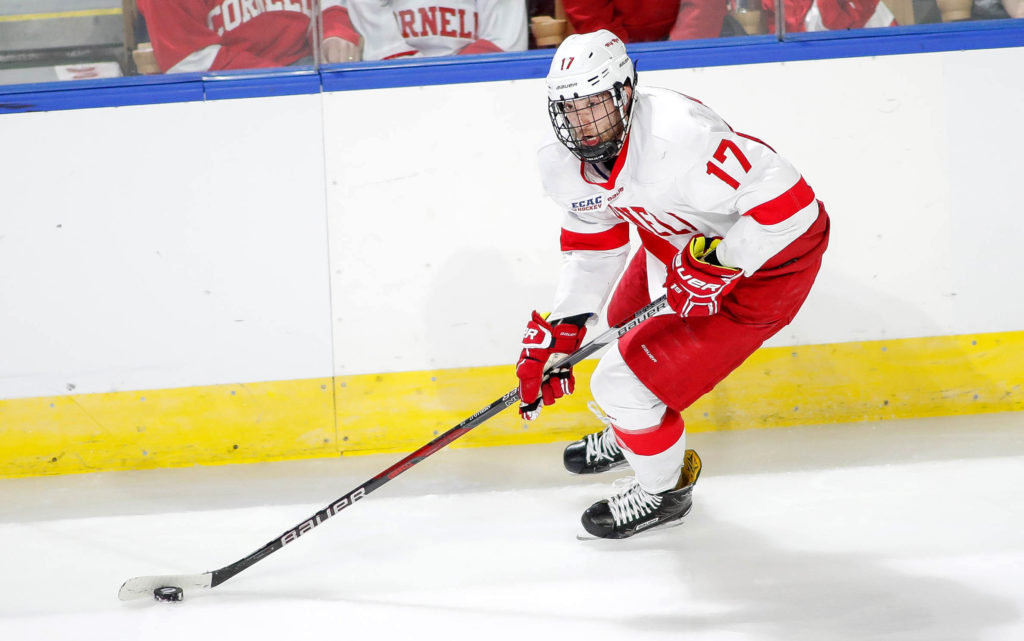 WILKES-BARRE, Pa. – The Wilkes-Barre/Scranton Penguins announced today that they have signed forward Anthony Angello to an amateur tryout agreement for the 2017-18 season. Angello, 22, just completed his junior season at Cornell University.

Angello tied for Cornell’s team lead in goals (13) and points (26) during the 2017-18 season, and the six-foot-five forward was named as a Second Team All-Star of the Eastern College Athletic Conference. In his three years of collegiate play, Angello registered 36 goals and 34 assists for 70 total points across 102 games.

Angello was drafted by Pittsburgh Penguins in the fifth round (145th overall) of the 2014 NHL Entry Draft. Prior to playing for Cornell, Angello competed in the United States Hockey League with the Omaha Lancers for two seasons. The Manlius, New York native totaled 30 goals and 26 assists in 114 USHL games.

Brown, Gardiner, Josephs, Schulze, Spinozzi, Wydo and Zink all just wrapped up their season with Wheeling. All of those players but Brown logged time with Wilkes-Barre/Scranton at various times this season.

The Penguins’ next game is Friday, Apr. 13, when they trek to MassMutual Center and attempt to complete a season sweep of the Springfield Thunderbirds.