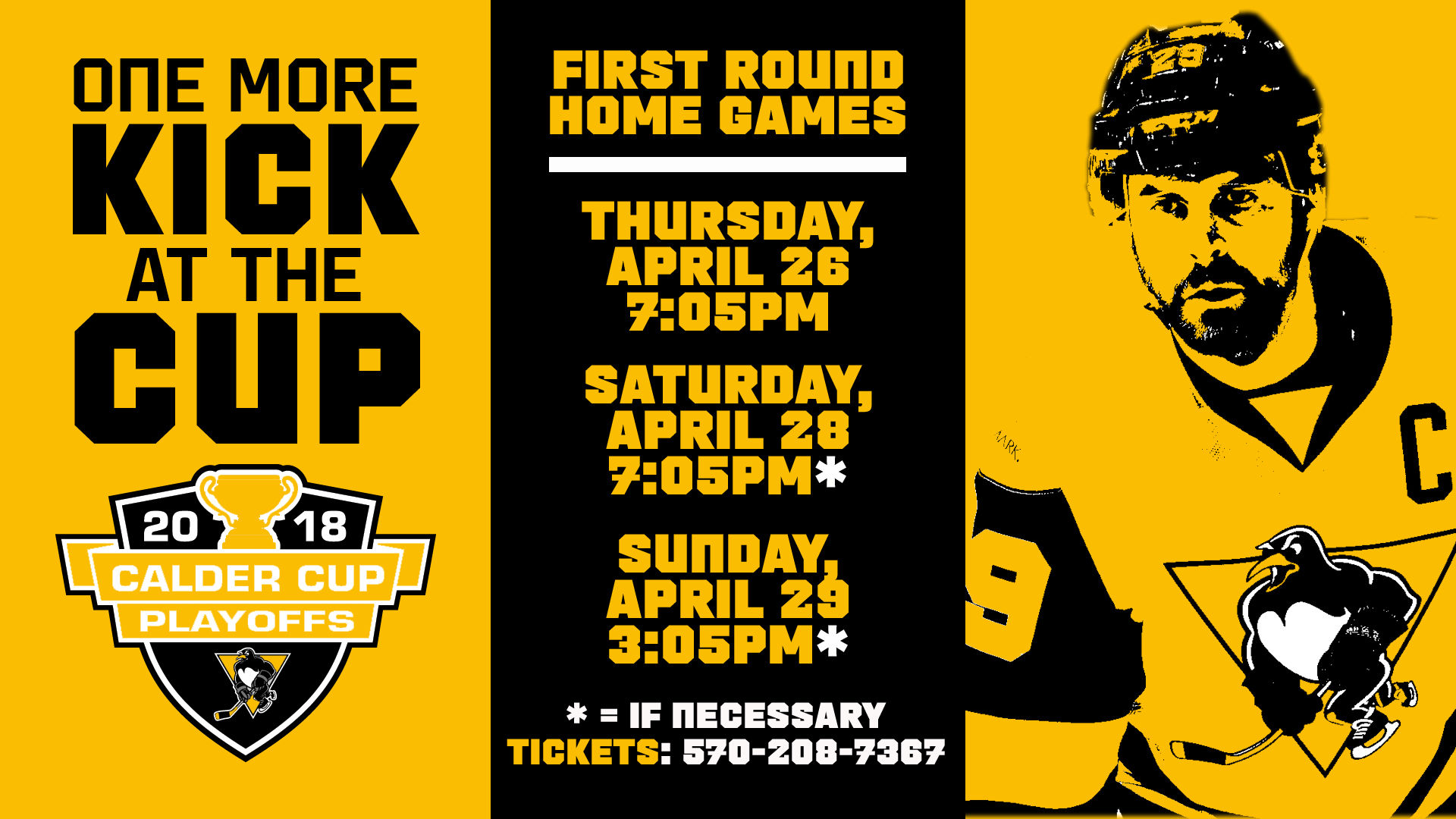 The Wilkes-Barre/Scranton Penguins announced the team’s home dates for the first round of the 2018 Calder Cup Playoffs. The Penguins’ opponent in the best-of-five Atlantic Division Semifinal series is still unknown, but the team’s first postseason home game will take place on Thursday, Apr. 26.

The Penguins’ first round home games are as follows:

*if necessary… All times Eastern

Wilkes-Barre/Scranton will play either the Charlotte Checkers or Providence Bruins in the first round of this year’s playoffs.

The Penguins’ have one more regular season game before they officially begin their quest for the Calder Cup. Their last game is tomorrow, Sunday, Apr. 14, when they face the Hershey Bears at Giant Center.