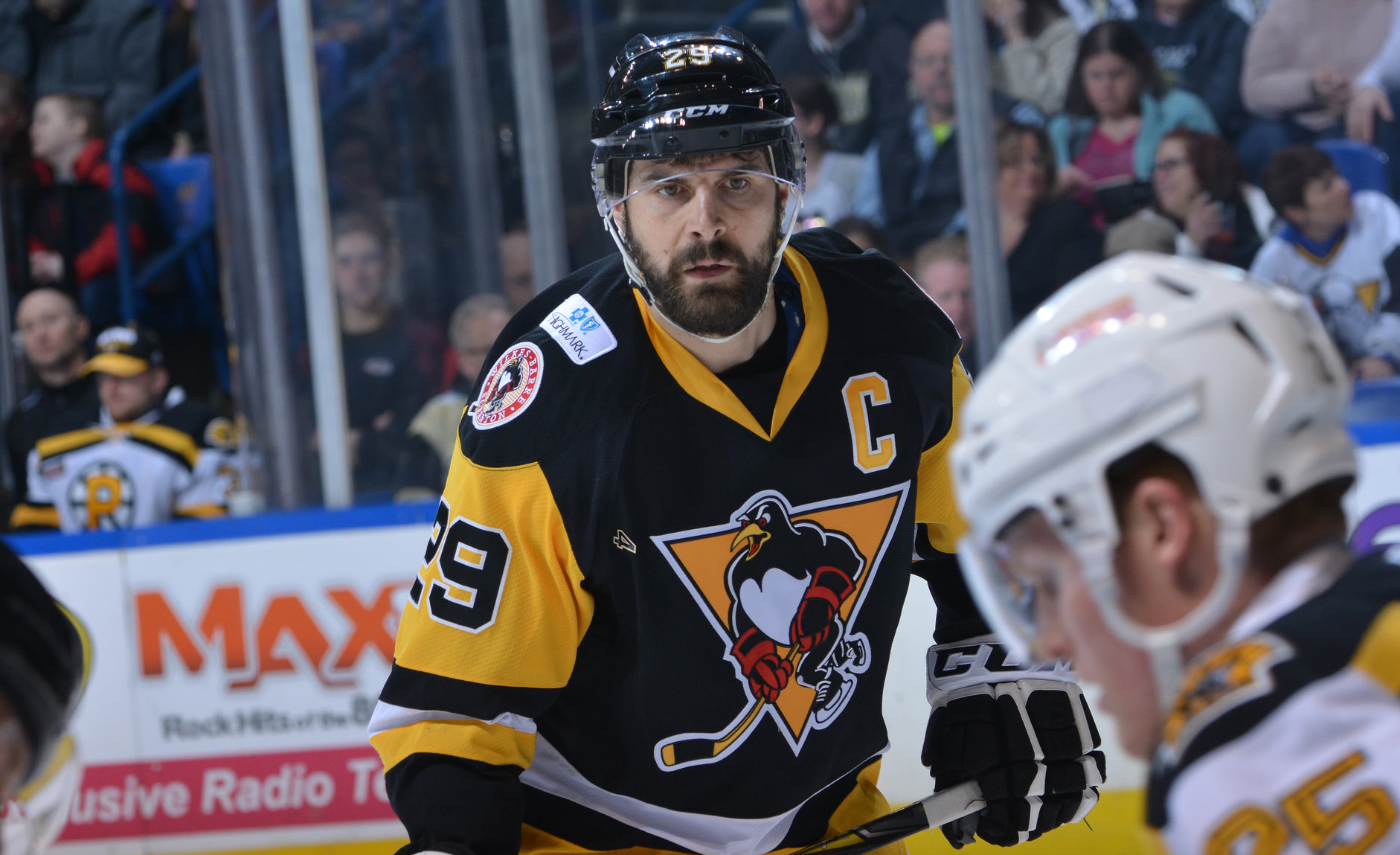 Tom Kostopoulos appeared in the final regular season game of his American Hockey League career this past Saturday, when the Penguins faced off with the Lehigh Valley Phantoms in Allentown.

And while we are very hopeful that TK still has about two months worth of games ahead of him, we thought the end of the regular season would be a good time to take a look back at some of the names and numbers from his time in the AHL.

So sit back and enjoy these statistical oddities and fun facts that we put together about TK as we get ready for the postseason.

Kostopoulos appeared in more games with Wilkes-Barre/Scranton than the next two closest players on the team’s all-time list combined (Rob Scuderi – 305; Tim Wallace 304).

His 186 goals with the Penguins are also more than the next two players combined (Tomas Surovy – 89; Tim Wallace – 75).

Kostopoulos’ 469 points for the Pens are nearly 300 more than the two players tied for second place on the team’s all-time list (Toby Petersen and Tomas Surovy – 177 each).

TK’s 211 AHL goals came against 109 different net minders.  He recorded the most goals against his current teammate – Michael Leighton – putting seven behind his goal line (five while TK was with the Penguins, two while a member of the Manchester Monarchs).  Second on the list was Neil Little, who surrendered six goals to Kostopoulos.  Six others were tied at five goals against (Peter Budaj, Anthony Stolarz, Kristers Gudlevskis, Jason LaBarbera, Matt O’Connor and Mike Minard).

Kostopoulos recorded just one empty net goal in his AHL career, that one coming on February 26, 2003 against the Norfolk Admirals.  It was the third goal in his only AHL hat trick.

No Penguin teamed up with Kostopoulos more when it came to goal scoring than Martin Sonnenberg.  Sonny assisted on 23 of TK’s goals, and was the recipient of 18 helpers from Kostopoulos.

There were 107 different skaters who assisted on Kostopoulos goals, and the Penguins captain dished out helpers to 95 different players during his time with Wilkes-Barre/Scranton and Manchester.

Eight of Kostopoulos’ 211 goals were unassisted.

Kostopoulos played against 43 different teams during his AHL career (including same franchise in a different city, and name change in same city).

There were two teams Kostopoulos faced in the regular season that he failed to record a point against:  the Connecticut Whale and the Milwaukee Admirals.  He appeared in one game against both of those teams.