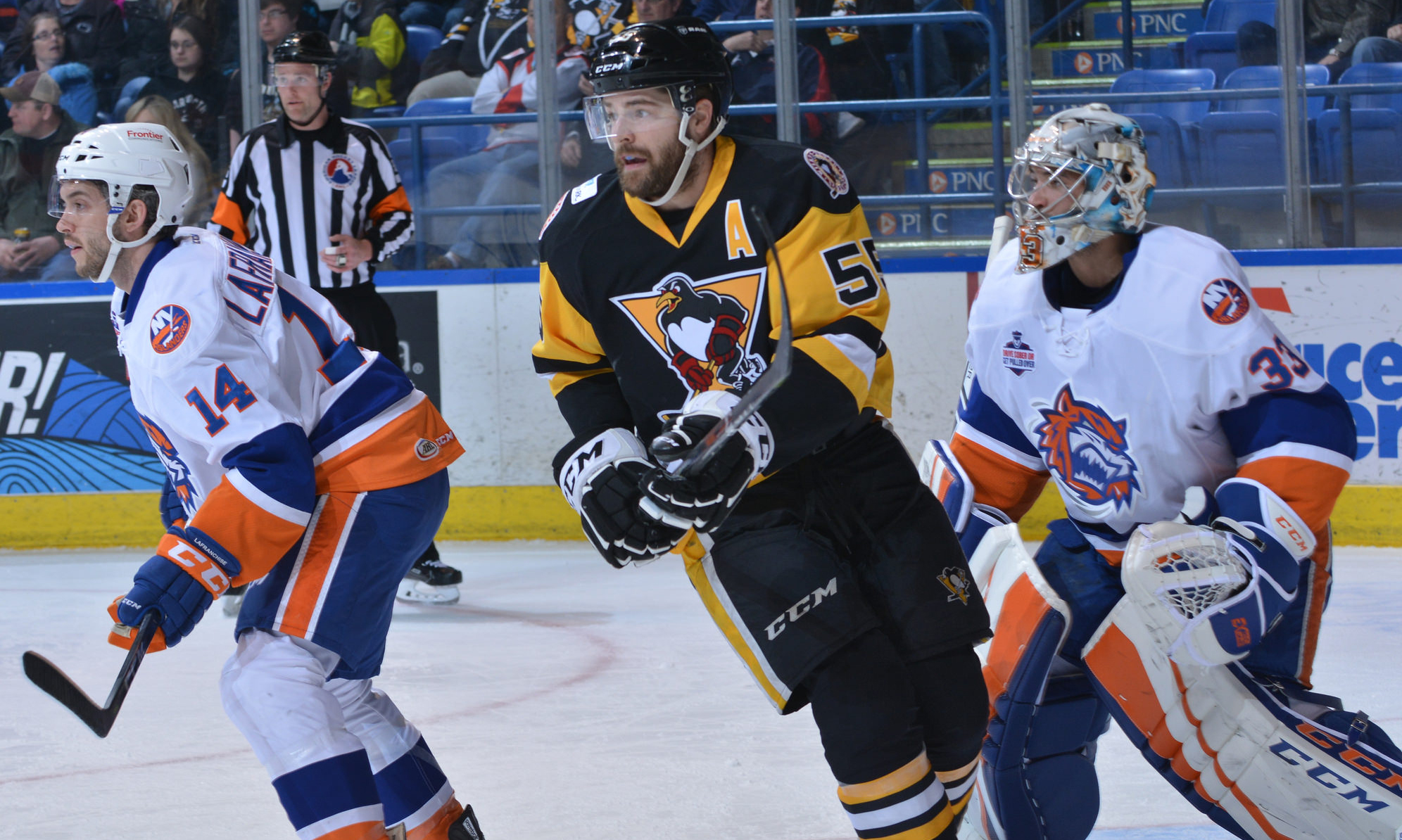 Wilkes-Barre/Scranton Penguins defenseman Chris Summers is one of the most experienced players on the team, with 450 American Hockey League games on his resume, as well as 70 games in the National Hockey League.

But despite playing in more than 500 regular season pro games combined, he has just three postseason contests to his credit, those coming with the Portland Pirates back in 2013.

We caught up with Summer following practice on Friday morning to get his quick thoughts heading into Game One tonight against the Charlotte Checkers.

WBS:  How does it feel to be back in the postseason?

SUMMERS:  I’m excited.  I’m excited.  Ready to go.  We’ve got a really good group of guys here, a very talented group of guys.   We expect a lot from this group, and I think the fans should, the coaches should as well.  We’re excited to step on the ice and get this thing going.

WBS:  The Penguins had a sneaky good end to the season, winning seven of 10 games.  It seems like the team started to really come together at the end of March.  What did you see with the team late in the season?

SUMMERS:  I think we’ve tightened a few bolts.  There are some things we’ve been working on a little bit, and we’ve seen it unfold in games, especially the last few games at the end of the season.  And we’re a deep team, so I think that plays a big role in it too.  We’ve got guys that, if something should happen, those guys can step in.  And I think the biggest thing for us is we’re just excited to play.

WBS:  The Checkers won three of four against the Penguins this season, and have the highest scoring offense in the AHL this past regular season.  How do you contend with that?

SUMMERS:  I think the biggest thing for us is going to be implementing our style of hockey.  I think we’re a kind of rough and tumble team.  We can be at times.  But making sure that we establish our presence on the ice will be a big thing for us….It should be a good matchup.