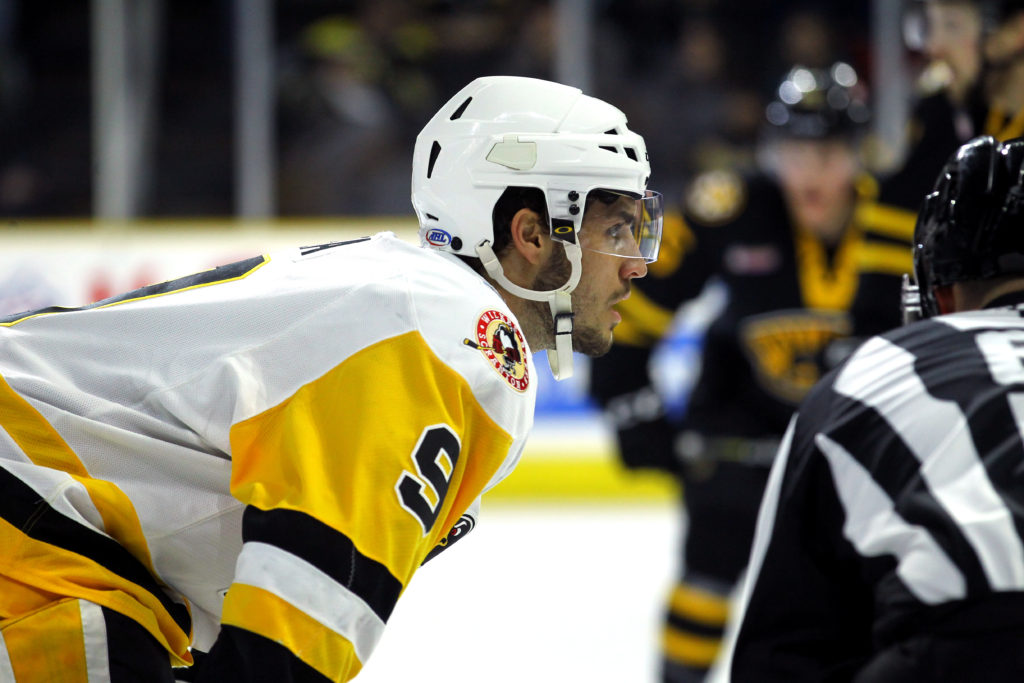 The Pittsburgh Penguins have re-signed forward Jean-Sebastien Dea to a one-year, two-way contract, it was announced today by executive vice president and general manager Jim Rutherford.

Dea, 24, saw five NHL games in the 2017-18 regular season with the Penguins, scoring his first career NHL goal on Jan. 23 at PPG Paints Arena against Carolina. His tally went on to be the game-winner. Dea’s NHL debut came the in the Pens’ final regular-season game of the 2016-17 season, on Apr. 9, 2017 at Madison Square Garden against the Rangers, where he logged a career-high 11:18 minutes.

The 5-foot-11, 175-pound native of Laval, Quebec set career highs in assists (32) and points (50) in 70 contests in his fourth season with Wilkes-Barre/Scranton last year, finishing second on the team behind only Daniel Sprong, who led the team in both categories. Dea’s 18 goals tied for the second-highest total of his career. Dea had one assist in three postseason games with the WBS Penguins last year.

Dea has totaled 141 points (66G-75A) in 262 regular-season contests over his four seasons with the WBS Penguins. He has four points (2G-2A) in 22 postseason games with the team.

Dea had 192 points (111G-81A) over three seasons with the Rouyn-Noranda Huskies of the Quebec Major Junior Hockey League before going undrafted. The Penguins originally signed Dea as a free agent on Sept. 17, 2013.