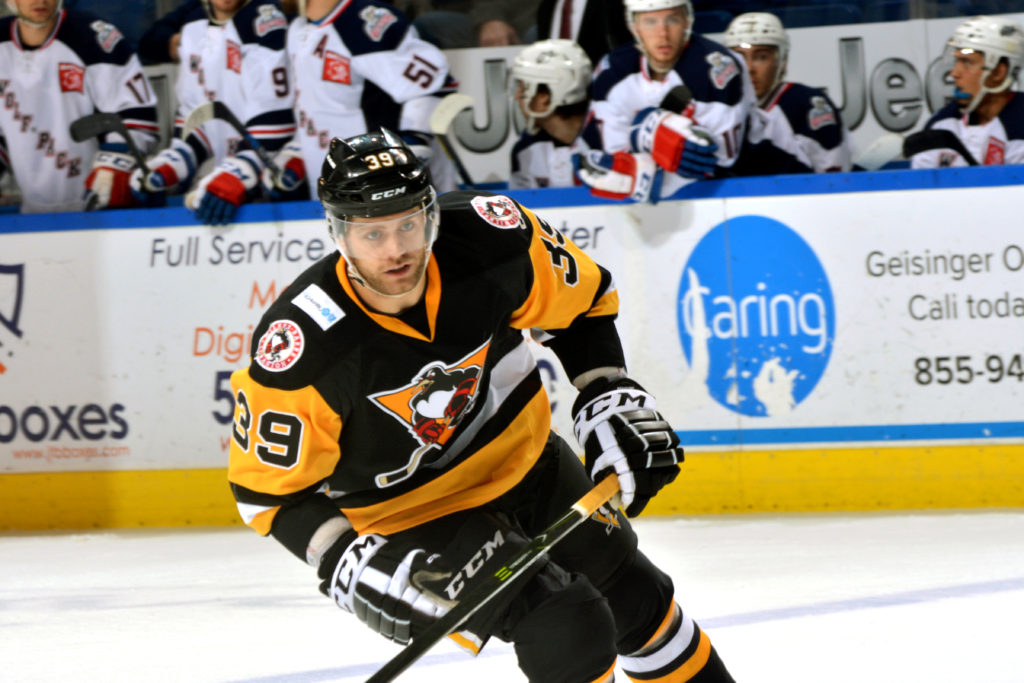 WILKES-BARRE, Pa. – The Wilkes-Barre/Scranton Penguins have signed defenseman Will O’Neill, as well as forwards Ryan Haggerty, Patrick McGrath and Cam Brown to American Hockey League contracts for the 2018-19 season.

O’Neill returns to Wilkes-Barre/Scranton after two years spent as part of the Philadelphia Flyers organization. In his one season with the Penguins, 2015-16, O’Neill led the team with 42 assists, and he topped all Penguins defensemen with 50 points. The Salem, Massachusetts native’s efforts earned him a spot at the 2016 AHL All-Star Classic.

Haggerty is coming off of a career season with Wilkes-Barre/Scranton, recording personal bests in goals (16), assists (21) and points (37) over 47 contests in a Penguins uniform. He also notched the first hat trick of his career last season when he found the back of the net three times at Belleville on Jan. 12, 2018. The forward from Stamford, Connecticut has registered 51 goals and 56 assists for 106 points in 217 AHL games across four seasons between the Penguins, Hartford Wolf Pack and Rockford IceHogs.

McGrath notched two goals last season for Wilkes-Barre/Scranton, an AHL career-high, in addition to 95 penalty minutes in 19 games. A native of Shavertown, Pa., McGrath became the first local hockey player to join the Penguins when he signed a professional tryout agreement with the team on December 26, 2014. He made his AHL debut the next night against the Bridgeport Sound Tigers. He has since played in 70 total games with his hometown team, earning seven points (3G-4A) and 262 penalty minutes.

Brown appeared in one game for the Penguins last season, the regular season finale at Hershey on Apr. 15, 2018. He also appeared in 13 additional AHL contests on a professional tryout agreement with the Springfield Thunderbirds, earning a goal and an assist for two points. He scored his first AHL goal in his second AHL game on Feb. 17 vs. Providence. Where the then-first-year pro really shined was with the Penguins’ ECHL affiliate, the Wheeling Nailers. Brown notched 17 goals and 36 assists for 53 points in 55 games with Wheeling, placing his second on the team in assists and fourth in points.