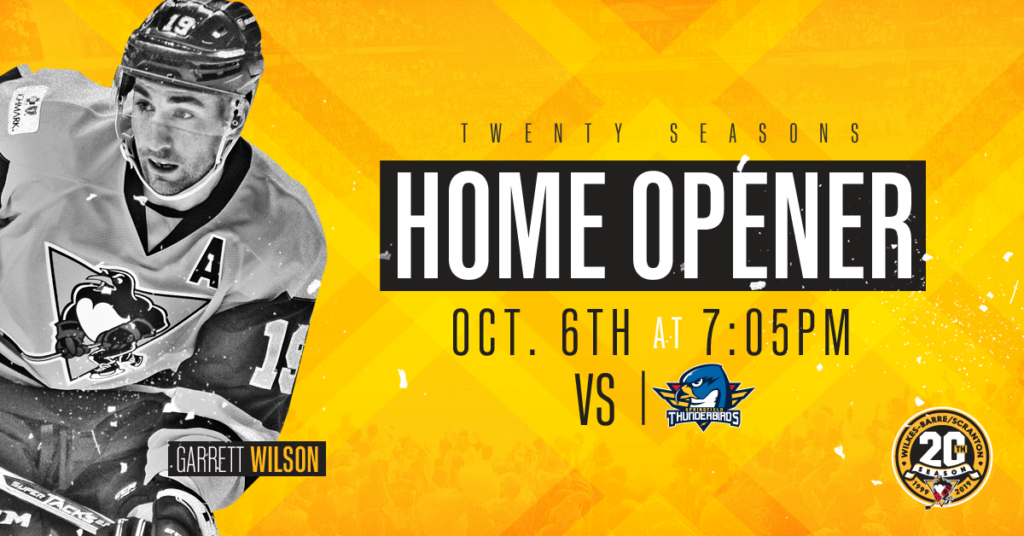 WILKES-BARRE, Pa. – The Wilkes-Barre/Scranton Penguins announced today that they will open their 20th season of hockey on home ice against the Springfield Thunderbirds on Saturday, Oct. 6, 2018 at Mohegan Sun Arena at Casey Plaza.

The Penguins had the Thunderbirds’ number in the 2017-18 season, going a perfect 4-0-0-0 against their fellow Atlantic Division foe. Wilkes-Barre/Scranton also managed to double-up Springfield in goals during that four-game season series, outscoring the T-Birds by a 16-8 margin.

The rest of the Penguins’ 2018-19 is expected to be released later this week.

Season  ticket packages for Wilkes-Barre/Scranton’s 20th season, including full season, 22-game, 12-game and Flexbook plans, are available by contacting the Penguins directly at (570) 208-7367.