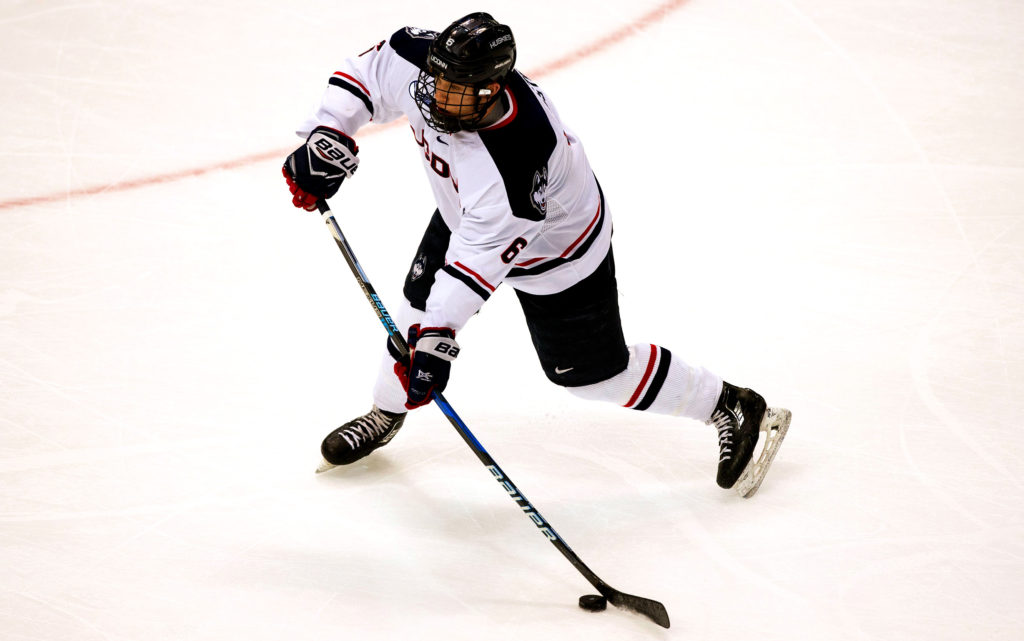 WILKES-BARRE, Pa. – The Wilkes-Barre/Scranton Penguins announced today that they have signed defenseman Johnny Austin to an American Hockey League contract for the 2018-19 season.

Austin is coming off of a four-year career at the University of Connecticut, where he had his most productive season in his senior year. In 35 games, Austin managed to set career highs in goals (4), assists (15), points (19), shots on goal (76) and blocked shots (60). His 19 points led all team defensemen, and placed fifth overall on the Huskies. Austin also notched 11 power play points, tying him for the team lead in that category, as well.

The 23-year-old from St. Louis Park, Minnesota also appeared in nine AHL games last season with the Laval Rocket while playing on an amateur tryout agreement. Austin earned his first pro point with an assist during his AHL debut on Mar. 23, 2018 vs. Charlotte.

Austin spent three of his four seasons at UConn playing alongside fellow Wilkes-Barre/Scranton defenseman Joseph Masonius. The two finished first and second in points, respectively, among team defensemen in 2017-18.