CRANBERRY, Pa. – Teddy Blueger might be a fortune teller. Or a medium. Or a witch! Actually, none of the above is the most likely answer, but he has shown that he’s pretty good at reading the tea leaves. 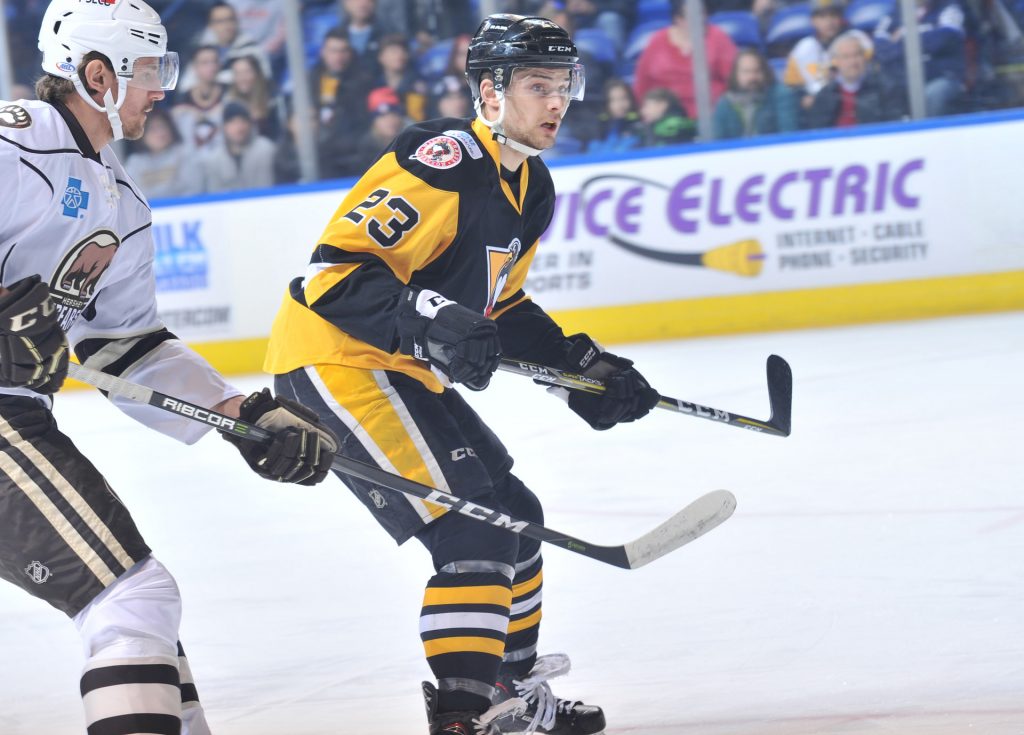 Five months ago, Teddy Blueger stood in front of the media in the Wilkes-Barre/Scranton Penguins locker room and was asked questions about his previous season. He had set career highs in goals and points, proved to be the Penguins’ most reliable penalty killing forward and a stalwart at the faceoff dot. Eventually, the subject of his NHL-readiness came to the forefront, and one reporter mentioned that the Pittsburgh Penguins would have some roster spots up for grabs.

Sure enough, Pittsburgh went out and signed a handful of free agents, making it a crowded scene at the center position. Blueger’s prophetic words of caution came to fruition, as those once open positions on the roster seem closed for the time being.

With that in mind, the third-year pro is less concerned with how Penguins management decided to approach free agency this past summer, and is zeroed in on making a name for himself this September at training camp.

“I want to show them that I’m ready to move up to the next level,” Blueger said after his first practice of camp at the UPMC Lemieux Sports Complex. “I’m capable of competing here, and helping the team win.”

Due to the logjam of centermen in the Penguins organization at the moment, Blueger expressed a willingness to relocate to either wing if it helped his chances of leaving a lasting impression with Pittsburgh’s coaching staff.

“I’ll play wherever they tell me to play,” he said. “I feel good, comfortable at center, but I’d welcome a move to the wing, too. During a game, things happen so fast that guys are always moving and changing positions. So during a shift, I’ve found myself on the wing sometimes and it doesn’t faze me.”

We still don’t know if he’ll be in Southwestern or Northwestern Pennsylvania to start the season yet, but he’s left little doubt that he’ll certainly help whichever team he makes. Building off of his career offensive numbers from last season, Blueger aimed to improve his skating even more during this most recent offseason. Skating has been a point of emphasis for the Latvian native since he turned pro out of Minnesota State University, and because his perseverance paid dividends last year, it’s reasonable to think it could help his case again.

Of course, it’s hard to see the future and tell exactly what kind of results Blueger’s hard work will yield once the season gets going. But based on his confidence, paired with his proven ability from April to forecast the near future, it’s likely that Blueger will realize his NHL dream soon.

“It’s out of my control, really. I’m doing what I can do to make the team, and I think I’m NHL ready.”