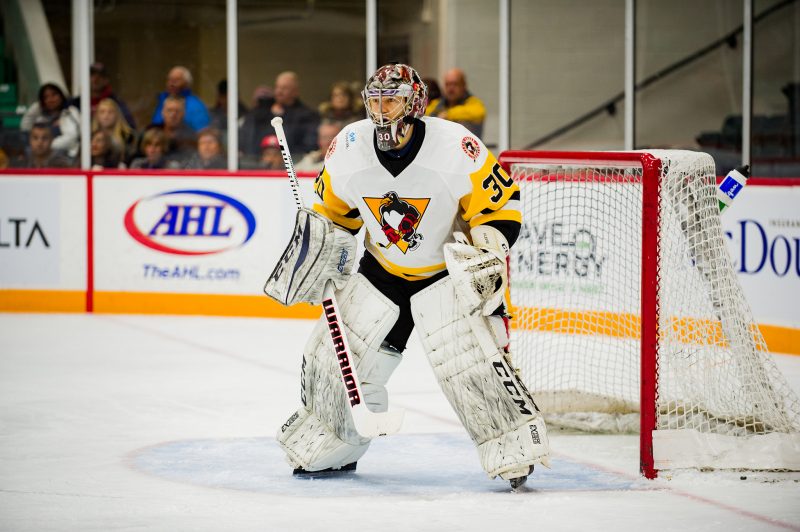 Forwards Freddie Tiffels and Troy Josephs, defensemen Dane Birks and Joe Masonius and goaltender Anthony Peters have all been assigned to the Wilkes-Barre/Scranton Penguins of the American Hockey League.

Additionally, six players have been returned to their various junior teams. Heading back to their teams in the Western Hockey League are forward Jordy Bellerive and defenseman Calen Addison (Lethbridge) and forward Justin Almeida (Moose Jaw). Goaltender Alex D’Orio (Saint John) and forward Jan Drozg (Shawinigan) are going back to teams in the Quebec Major Junior Hockey League. Defenseman Antti Palojarvi is returning to Lukko of Finland’s SM-Liiga.

This weekend the Penguins will play back-to-back afternoon home games at PPG Paints Arena. Pittsburgh will host the Columbus Blue Jackets on Saturday, September 22 and the Detroit Red Wings on Sunday, September 23. Both contests start at 3:00 PM. Sunday’s game against Detroit is the Pens’ eighth annual “Free Game for Kids.”

Saturday’s game against the Blue Jackets will be broadcast by AT&T SportsNet. The Penguins will stream Sunday’s game versus the Red Wings on pittsburghpenguins.com. Only fans who live in the Pittsburgh/AT&T SportsNet region will be able to access the stream. Fans can hear both games on 105. 9 The X. Hall of Famer Mike Lange will make his season debut on Sunday alongside Phil Bourque.

Wilkes-Barre/Scranton’s training camp gets underway on Monday, September 24, when the team hits the ice at the Toyota SportsPlex. Info on the team’s training camp was released earlier on Thursday.