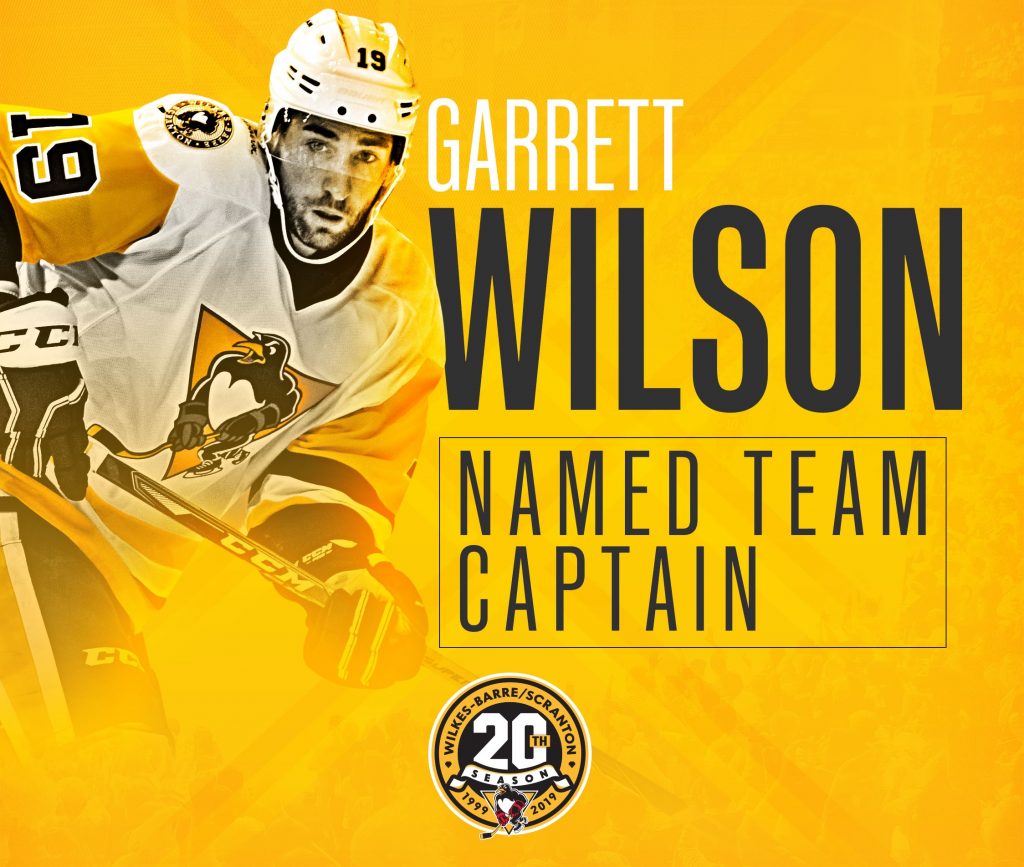 WILKES-BARRE, Pa. – The Wilkes-Barre/Scranton Penguins announced today that they have named Garrett Wilson as captain for the 2018-19 season.

Wilson is entering his third season with the Penguins, but this will be the first time in his eight-year professional career that he will serve as captain.

“It’s a huge honor,” Wilson said of being bestowed the Penguins’ captaincy. “Filling the void after [Tom Kostopoulos], it’s going to be a big job. I’m just going to do whatever I can to help this team. If my teammates need anything, I’ll be here to help them and support them.”

Wilson, 27, has spent the past four seasons as an alternate captain in the AHL, donning the “A” for the San Antonio Rampage, Portland Pirates and Wilkes-Barre/Scranton.

The Elmvale, Ontario native set career highs last year in assists (25) and points (42) while skating for the Penguins. Over the course of his previous seven seasons, the forward has racked up 76 goals and 91 assists for 167 total points in 344 AHL games. He  has also appeared in 34 NHL games, all of which coming as a member of the Florida Panthers, the team that drafted him in the fourth round (107th overall) of the 2009 NHL Entry Draft.