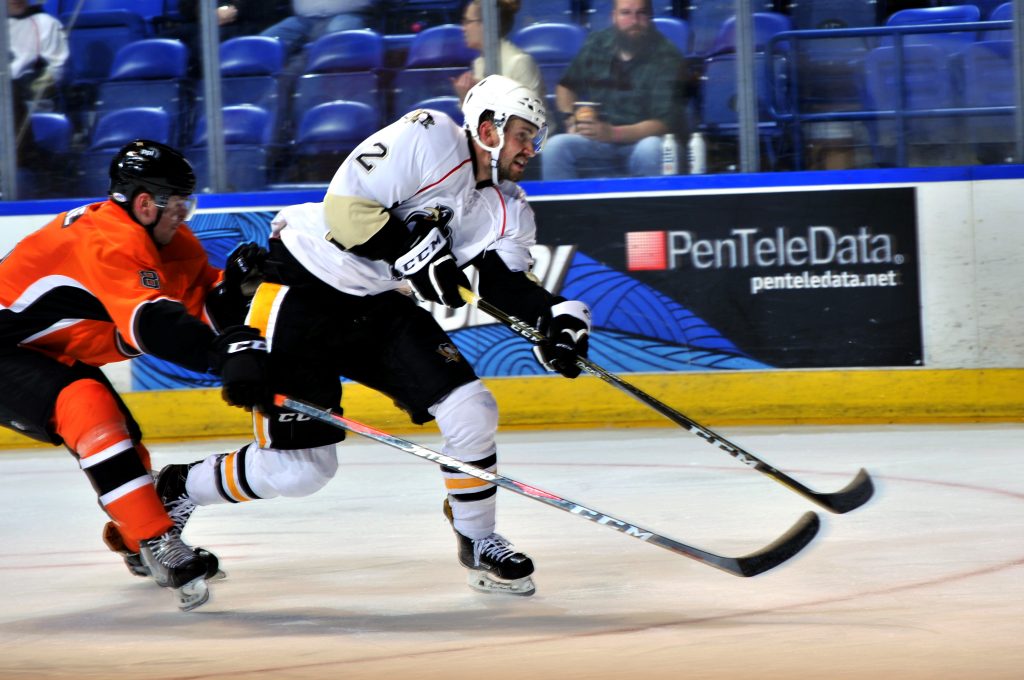 WILKES-BARRE, Pa. – The Wilkes-Barre/Scranton Penguins announced today that they have signed defenseman Matt Abt and forward Renārs Krastenbergs to American Hockey League contracts for the 2018-19 season.

Both Abt and Krastenbergs were participants in the Penguins’ recent training camp. Abt, 25, was a standout for the Penguins in the preseason, finishing the three-game exhibition schedule with one goal and two assists for three points, and Krastenbergs scored the game-winning goal in Wilkes-Barre/Scranton’s final exhibition contest, securing the team a perfect 3-0 record in the preseason.

Abt recently wrapped up a highly successful four-year career at the Rochester Institute of Technology, finishing up his time at R.I.T. with 54 points (14G-40A) in 139 games played. He was awarded the Atlantic Hockey Defensive Player of the Week three times during his senior season, the campaign in which he also set career highs in goals (6) and points (19). The six-foot-four blueliner’s time at R.I.T was marked by significant postseason success. The Tigers won the Atlantic Hockey Association Championship in 2015 and 2016, with Abt being named to the All-Tournament Team in 2015.

Abt spent the last month of the 2017-18 season with the Penguins’ ECHL affiliate, the Wheeling Nailers. In his debut with the Nailers on Mar. 9, 2018, Abt scored his first professional goal. He ended his 12-game stint with the Nailers having earned six points (1G-5A).

Krastenbergs, 19, is a native of Latvia and came over to North America two years ago to play for the Oshawa Generals of the Ontario Hockey League. Last year with the Generals, Krastenbergs set junior career highs with 21 goals, 17 assists and 38 points. He also represented Latvia at the 2018 IIHF World Junior Championship Division I, topping the team with four goals during the tournament.