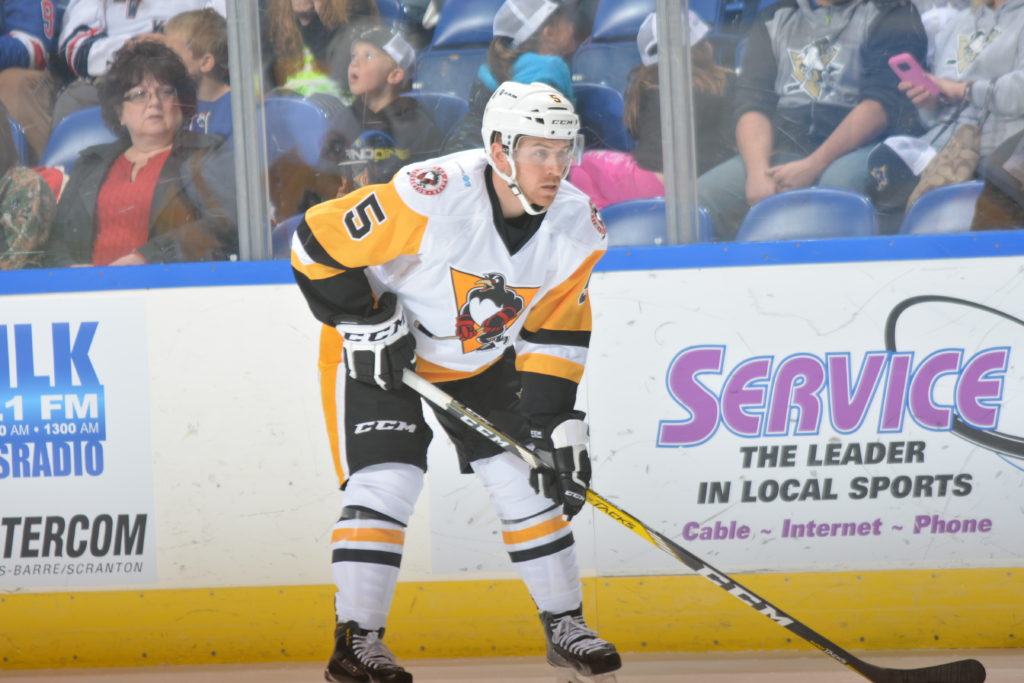 Warsofsky, 26, recorded a goal, an assist and a team-high plus-3 rating during Wilkes-Barre/Scranton’s opening night 6-2 victory against Hartford last Saturday. He had one assist in three preseason games with Pittsburgh.

This will be Warsofsky’s second tour of duty with the Penguins. Last year, he scored once in 12 games with Pittsburgh, before being claimed off waivers by New Jersey on Feb. 29. He added an assist in 10 games with the Devils.

During the spring, the 5-foot-9, 170-pound native of Marshfield, Massachusetts represented Team USA at the 2016 World Championship, producing five points (1G-4A) in 10 contests.

Before being recalled to Pittsburgh last season, Warsofsky had six points (2G-4A) and was plus-6 in 17 AHL contests with WBS.

A fourth-round (95th overall) selection of the Boston Bruins in the 2008 NHL Draft, Warsofsky re-signed a one-year contract with Pittsburgh on July 1. He has played in 32 career NHL games with Boston, Pittsburgh and New Jersey, totaling two goals, three assists and five points.

Wilkes-Barre/Scranton’s is home for games this Friday, Oct. 21 against the Springfield Thunderbirds, and Saturday, October 22, against the Syracuse Crunch at Mohegan Sun Arena at Casey Plaza. Puck drop for both games is scheduled for 7:05 p.m.