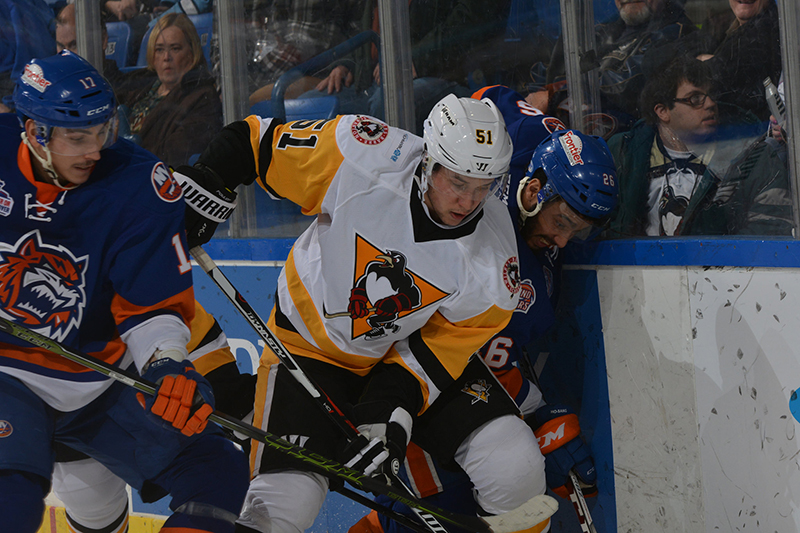 The Pittsburgh Penguins have recalled defenseman Derrick Pouliot from his conditioning assignment with the Wilkes-Barre/Scranton Penguins, it was announced today by executive vice president and general manager Jim Rutherford.

Pouliot, 22, was injured in his regular season debut with the Pittsburgh Penguins on October 20.  He appeared in three games with Wilkes-Barre/Scranton during his conditioning assignment between November 23-25, going scoreless with six shots.

The Wilkes-Barre/Scranton Penguins are on the road this weekend for a two-game set against the St. John’s Ice Caps.  The puck drops on Saturday and Sunday at 2:30pm Eastern Time.