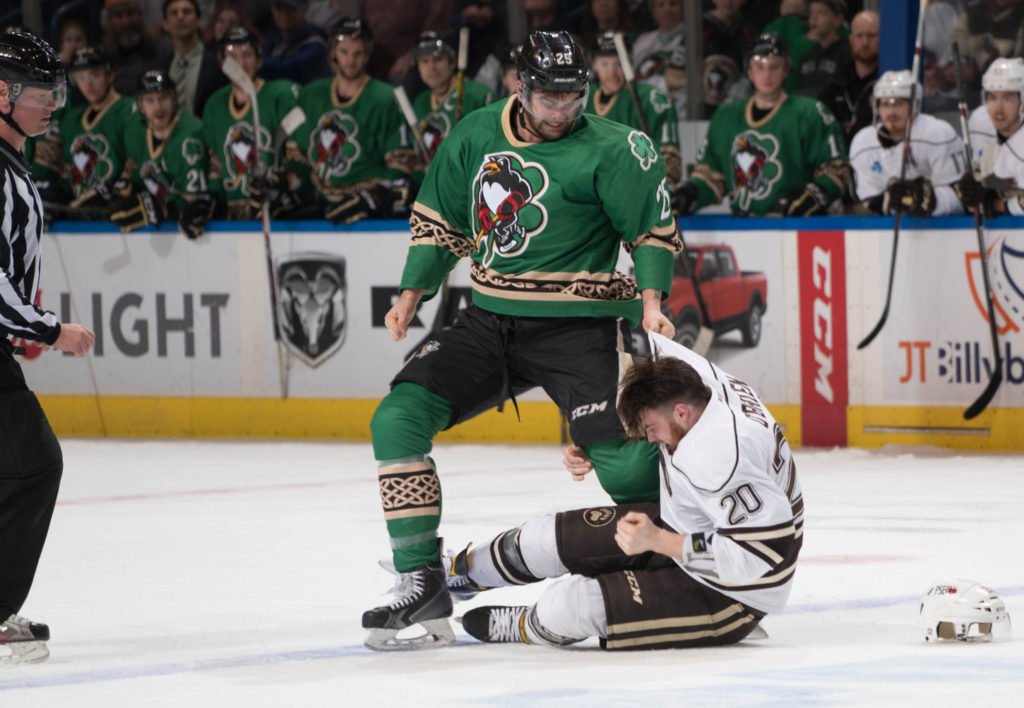 The Pittsburgh Penguins have re-assigned forward Tom Sestito to the Wilkes-Barre/Scranton Penguins of the American Hockey League, it was announced today by executive vice president and general manager Jim Rutherford.

Forward Chris Kunitz has been activated from injured reserve.

Kunitz spent six games on IR with a lower-body injury. Prior to that, he had notched nine points (2G-7A) in his previous 11 games. For the season, Kunitz has 11 points (2G-9A) and a plus-5 in 18 contests.

Sestito has one assist and 24 penalty minutes in eight games with Pittsburgh this season.  He has 20 points (10+10) and 475 penalty minutes in 149 NHL games all-time with the Penguins, Columbus Blue Jackets, Philadelphia Flyers and Vancouver Canucks.