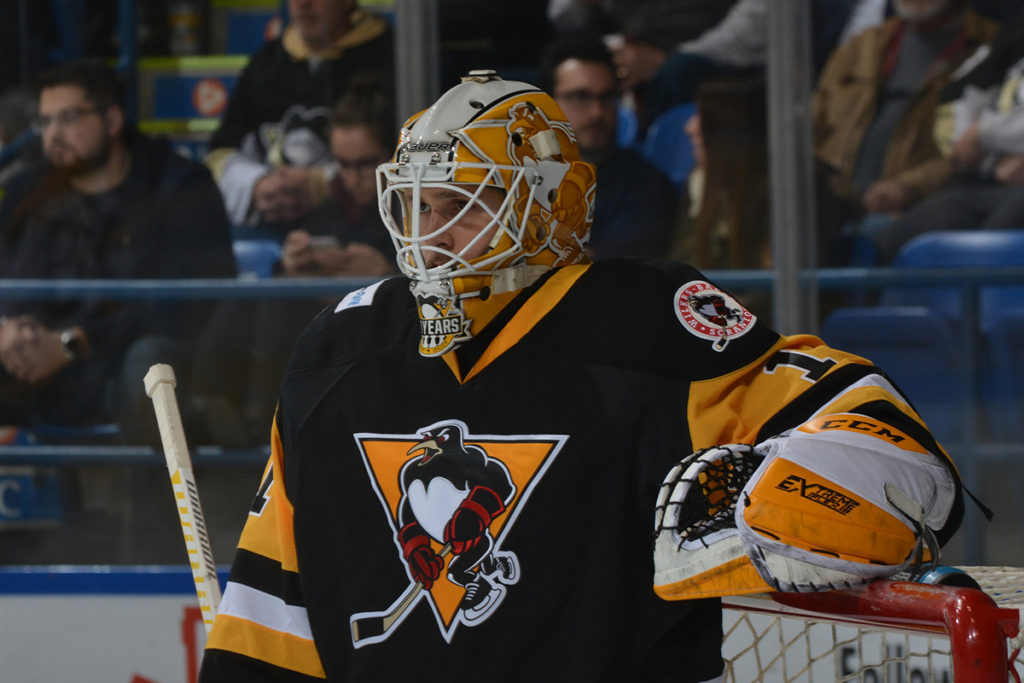 The Wilkes-Barre/Scranton Penguins overcame a 2-0 deficit to force overtime, but Chris Terry’s second goal of the game with just 26 seconds left in the extra frame gave the St. John’s IceCaps a 3-2 victory on Sunday at the Mile One Centre.

St. John’s tallied twice in eight power play chances to record their regulation goals, which came off of the sticks of Terry (4:51 of the first period) and Sven Andrighetto (11:42 of the second period).

Oskar Sundqvist cut the IceCaps lead in half with just four ticks left in the second period, tapping in his seventh of the season from the left side of the net.  And Chad Ruhwedel blasted home a power play goal of his own from the left point with 9:24 left in regulation to send the game to the extra frame.

Wilkes-Barre/Scranton peppered netminder Yann Danis with 49 shots through regulation and another three in the extra frame, while Casey DeSmith turned aside 22 of 25 pucks he saw on the day.

NOTES:  Ruhwedel led the attack for the Penguins with nine shots on the afternoon…  Only two Penguins (Jean-Sebastien Dea and Reid Gardiner) failed to register a shot in the game…Casey DeSmith suffered the OT loss, but has yet to drop a regulation decision this season (5-0-2)