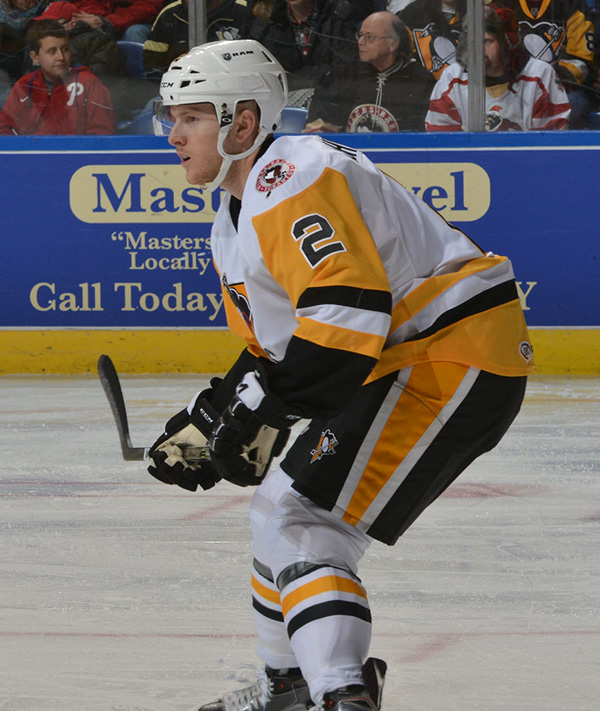 The Pittsburgh Penguins have recalled defenseman Chad Ruhwedel from Wilkes-Barre/Scranton of the American Hockey League, it was announced today by executive vice president and general manager Jim Rutherford.

Defenseman Kris Letang has been placed on injured reserve.

Ruhwedel, 26, has helped WBS compile the top record in the AHL, tallying 13 points (3G-10A) in 26 games, the second-highest total among defensemen on the club.

Earlier this season, the 5-foot-11, 191-pound blueliner spent a couple days with Pittsburgh, but he did not appear in a game.

The Wilkes-Barre/Scranton Penguins are home tonight to face the Springfield Thunderbirds at 7:05pm.  It’s our annual holiday celebration, with the Tobyhanna Teddy Bear Toss taking place after the Penguins first goal, and our ugly Christmas jersey auction going on during the game.

Individual game tickets for tonight’s game and all Penguins home games, are available at the Mohegan Sun Arena box office, online at TicketMaster.com, or by calling 800-745-3000.