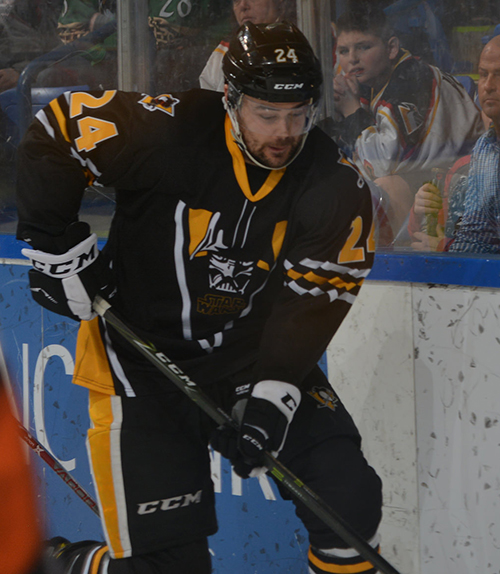 The Pittsburgh Penguins have recalled defenseman Cameron Gaunce from Wilkes-Barre/Scranton of the American Hockey League, it was announced today by executive vice president and general manager Jim Rutherford.

Defenseman David Warsofsky has been re-assigned to WBS.

Gaunce, 26, is in his first season with the Pittsburgh organization. He has produced eight points (2G-6A) and a plus-6 in 39 AHL contests with WBS.

The 6-foot-1, 210-pound native of Sudbury, Ontario has played in 20 career NHL games split between the Colorado Avalanche and Dallas Stars, scoring one goal, which came against Marc-Andre Fleury and the Penguins on February 16, 2011 when he skated for the Avalanche.

Last season, Gaunce was named to the AHL All-Star Game after posting career highs in assists (35) and points (37) with Portland. During the 2014 playoffs, he helped the Texas Stars win the Calder Cup championship.

Warsofsky, 25, currently leads all Wilkes-Barre/Scranton defensemen and ranks third overall on the team with 28 points (7+21) in 24 games.  He ranks sixth in the AHL in points by a defenseman, and leads the entire AHL with a plus-22 rating.

Wilkes-Barre/Scranton’s next game is Wednesday night, Jan. 18, when they’ll battle the Hershey Bears at Giant Center at 7:00 p.m. The Penguins’ next home showing is Saturday, Jan. 21, once again against the Bears, and less than 900 tickets remain for that game.