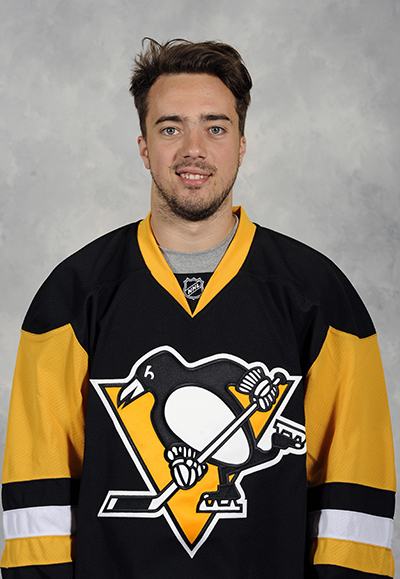 The Pittsburgh Penguins have signed defenseman Jeff Taylor to a two-year, two-way, entry-level contract, it was announced Monday by executive vice president and general manager Jim Rutherford. The contract will begin with the 2017-18 season and run through the 2018-19 campaign..

Taylor will report to Wilkes-Barre/Scranton on an amateur tryout contract this year.

Taylor, 22, enjoyed a career year as a senior at Union College, helping his team advance to the NCAA Tournament by setting career highs in goals (9) and points (33), while adding 24 assists and posting a plus-15, in 38 games.

A 5-foot-11, 181-pound lefthanded-shooting defenseman, Taylor was an alternate captain this year, and his performance earned him a berth on the All-ECAC Second Team.

Taylor, a native of Albany, New York, finished his collegiate career as the second-highest scoring blueliner in Union history, totaling 92 points (18G-74A) and a plus-33 in 149 career games. He was a key component on Union’s 2014 Frozen Four national championship squad.

Pittsburgh’s seventh-round (203rd overall) selection in 2014, Taylor was chosen to the All-ECAC Third Team as a sophomore in 2014-15 when he had 31 points and a career-best 27 assists. When he was a freshman, Taylor was named to the ECAC All-Rookie Team.

The Wilkes-Barre/Scranton Penguins are back in action this Friday, March 31, when they travel to Massachusetts to face the Springfield Falcons.

The Penguins return home on Saturday night to meet the Lehigh Valley Phantoms at 7:05pm, and wrap up the weekend with a Sunday afternoon tilt against the Utica Comets at 3:05pm.  Sunday’s game is another KIDS FREE SUNDAY, with fans ages 14 and younger able to get into the game for FREE with a paid adult ticket.

Tickets for both home games this weekend are available at the Mohegan Sun Arena Box Office, online at TicketMaster.com, or by calling the Penguins at 570-208-7367.