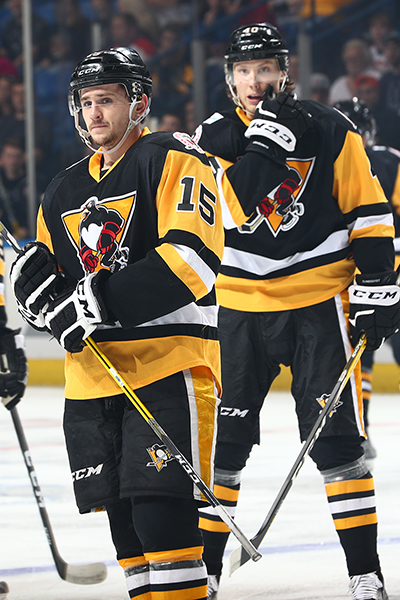 The Pittsburgh Penguins have recalled forwards Josh Archibald and Oskar Sundqvistfrom Wilkes-Barre/Scranton of the American Hockey League, it was announced today by executive vice president and general manager Jim Rutherford.

Archibald, 24, dressed for all five postseason contests with Wilkes-Barre/Scranton this year, scoring a pair of goals. During the regular season, Archibald had career highs with 16 goals, 13 assists and 29 points in 61 AHL contests.

At the NHL level this year, Archibald appeared in 10 games, scoring three goals. His first two goals came in his first NHL game of the season on Feb. 11 in Arizona, with his second tally that night a shorthanded marker.

Sundqvist, 23, also split his season between Wilkes-Barre/Scranton and Pittsburgh. During the regular season, he hit the 20-goal mark for the first time, and added 26 assists and 46 points in 63 games with the AHL Penguins. Sundqvist also skated in 10 regular-season games for Pittsburgh this year.