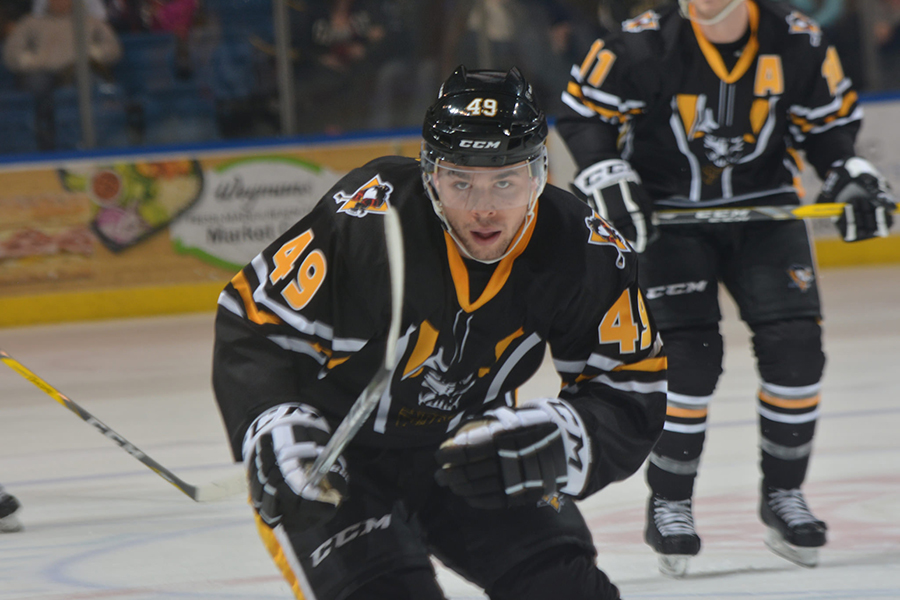 In addition to thrilling fans from coast-to-coast with the great game of hockey, the American Hockey League does not keep its other main objective a secret: development.

The Penguins organization knows that side of things well, having seen countless players cut their chops in Wilkes-Barre/Scranton before becoming impact players in the Steel City. In fact, Pittsburgh’s two most recent playoff runs have been littered with significant contributions from players who started the year in the AHL.

Dominik Simon was an incredibly impressive talent in his rookie year during the 2015-16 season, but he spent a majority of this past season making gigantic improvements in his overall game. By showing greater attention to detail in the defensive zone, pick-pocketing backchecks and becoming a handful along the walls, Simon is a lot closer to becoming another Wilkes-Barre/Scranton success story making waves in the NHL.

The beginning of the 2016-17 season wasn’t all sunshine and rainbows for Simon, though. The same confidence he has now wasn’t showing through because of a lack of offensive production. In his first year in North America, he was leaned on heavily to produce and led Wilkes-Barre/Scranton with 25 goals. Now, he was visibly rounding out his game and becoming a more complete player, but as someone who prides himself on his scoring ability, it was a rough go for Simon.

“For half of the season, I felt bad,” he said. “I was frustrated, because it wasn’t rewarding for how I was working. I worked hard from the very beginning, but it didn’t go in at the start. But in the second half of the season, it was better. Goals started going in and other points, too.”

That’s when the Penguins coaching staff steps in. Finding ways to keep Simon’s confidence from completely deteriorating was an on-going topic of conversation for Chris Taylor and head coach Clark Donatelli during the first three months of the season. They wanted to reaffirm that everything that he was doing in all three zones was a marked improvement from his rookie season, although it was hard to measure as such.

“Dom played exceptionally hard this year, but he just didn’t get rewarded in the boxscores enough for his play,” Donatelli said. “He learned to play a little bit of defense this year and how to win his puck battles. Those 50/50 battles, he was coming off the walls with the puck a lot. Skating through the neutral zone with speed with and without the puck, all of it.”

“He made a big step, even though it might not have shown in the scoring department.”

The rewards hardly stopped for Simon once the second half of the season arrived. He found chemistry skating on a line with Teddy Blueger and Jean-Sébastien Dea that unlocked his scoring potential while maintaining that sharpness in the rest of his game. From the start of January to the end of the playoffs, Simon produced 34 points (11G-13A), 69.4 percent of his total offense.

Of course, a lot of those pucks go in because of Simon’s skill with the puck on his stick, but he and the coaching staff both believe that the avalanche of offense arrived in the second half because he continued to focus on the little details.

Simon’s sophomore season in North America was a big one for him, personally. While the numbers weren’t as daunting as his rookie year, he’s no longer a one-trick pony. There are several ways he can impact a game in a positive fashion now, and they all don’t show up on the scoresheet.

“I’m happy I could improve on a lot of other stuff, hockey-wise, that aren’t scoring,” Simon said. “It’s a good feeling to have to know you’ve improved.”

As far as his quest to the NHL is concerned, he and his mentors are very confident that he’s closer to the show today than he was at this time a year ago.

“Without a doubt,” Donatelli said. “It’s day and night.”