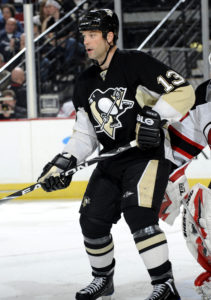 Born in Worcester, Mass., Guerin had an illustrious NHL career that included two Stanley Cup titles, an Olympic silver medal and World Cup gold medal. In 1,263 NHL games, he totaled 429 goals and 427 assists for 856 points. Guerin ranks seventh all-time among American-born NHL players in both games played and goals. He was inducted into the United States Hockey Hall of Fame in 2013.

Guerin was selected in the first round (fifth overall) of the 1989 NHL Entry Draft by the New Jersey Devils and spent two years at Boston College.

Guerin’s Wilkes-Barre/Scranton Penguins will debut in their home opener for the 2017-18 season on Saturday, Oct. 7 at Mohegan Sun Arena at Casey Plaza.