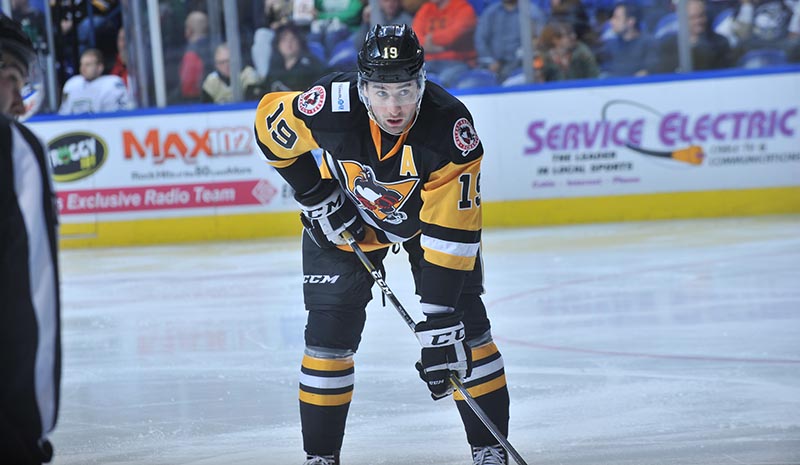 The Pittsburgh Penguins have re-signed forward Garrett Wilson to a two-year contract, it was announced today by executive vice president and general manager Jim Rutherford.

Wilson, 26, spent his first season in the Pittsburgh organization in 2016-17, adding leadership and toughness to the Pens’ minor-league affiliate in Wilkes-Barre/Scranton as an alternate captain. In 59 regular-season games with WBS, Wilson produced 11 goals, 20 assists, 31 points, a plus-16 and 83 penalty minutes. He added two assists in five playoff games.

Originally drafted by the Florida Panthers in the fourth round (107th overall) of the 2009 NHL Draft, Wilson appeared in 34 regular-season contests and six playoff games at the NHL level with Florida before joining the Pittsburgh organization as a free agent on July 1, 2016. He picked up his first NHL point with an assist on Alex Petrovic’s game-winning goal in Game 4 of the 2016 First Round series against the New York Islanders.

Wilson has played in 275 career AHL regular-season games with San Antonio, Portland and Wilkes-Barre/Scranton, tallying 59 goals, 66 assists and 125 points. He has served as an alternate captain for his AHL team in each of the last three seasons.