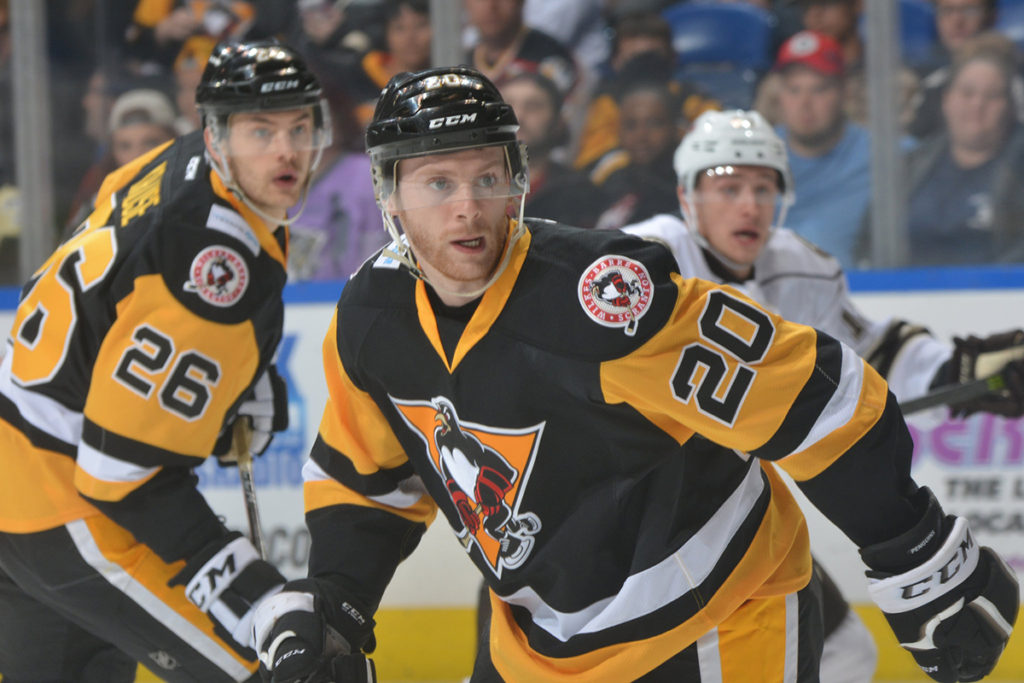 WILKES-BARRE, Pa. – The Wilkes-Barre/Scranton Penguins announced today that they have signed forward Jarrett Burton to an American Hockey League contract for the 2017-18 season.

Burton appeared in 39 games with Wilkes-Barre/Scranton last year during his first season playing under an AHL contract. He posted seven goals and four assists for 11 points in that time. The 26-year-old from Echo Bay, Ont. also registered 10 points (4G-6A) in nine games in a brief stint with the Wheeling Nailers (ECHL) from Jan. 20 to Feb. 4, 2017.

Proving to be an effective penalty killer during his time in the pros, Burton previously played four years at Clarkson University, where he tallied 28 goals, 26 assists, 54 points and 91 penalty minutes in 141 collegiate games. He also posted two consecutive 20-point seasons during his junior and senior years, and played alongside fellow Wilkes-Barre/Scranton teammate Troy Josephs in his final year with the Golden Knights.