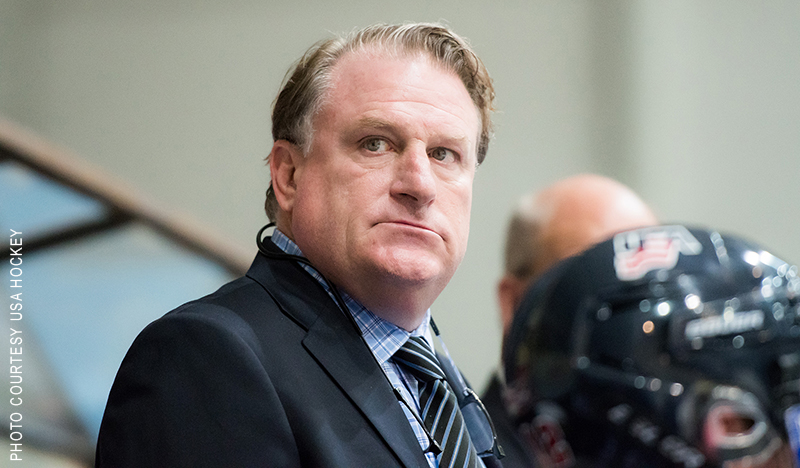 Wilkes-Barre/Scranton Penguins training camp is still more than a month away, but two members of the team’s coaching staff will be back behind a bench later this week.

For the second consecutive season, Clark Donatelli will guide the United States Under-18 Select Team at the Ivan Hlinka Memorial Cup.  The eight-team tournament will be held in Breclav, Czech Republic and Bratislava, Slovakia, starting on August 7.

Among the assistants joining Donatelli with Team USA will be Wilkes-Barre/Scranton assistant coach, J.D. Forrest.

The tournament features the top players under the age of 18 from the major hockey playing countries.  The teams are split into two groups (Group A – Czech Republic, Sweden, Switzerland, USA; Group B – Canada, Finland, Russia, Slovakia), with each team playing once against the other countries within its group.

The top two teams in each group will advance to play in semifinal and medal rounds, while the lower ranked teams will face off to determine places five through eight.

Donatelli and Forrest were among the coaches and administrators who helped select the team of 22 skaters from a pool of players at USA Hockey’s Boys Select 17 Player Development Camp, held last month in Amherst, NY.

Last year Donatelli led the U.S. to a second-place finish in the competition, guiding the team to a 4-0 record before falling to the Czech Republic, 4-3, in the championship game.

We will have updates after every game online, and J.D. Forrest will be keeping us updated from overseas with blog posts and photos throughout the tournament.  We hope you’ll follow along with us.

Ivan Hlinka played in 256 games as a member of the Czechoslovakian national team and scored 132 goals in international competition. He also played in 544 games in Czechoslovak league, scoring 347 times.  Hlinka was among the first Czech-born players to suit up in the National Hockey League, joining the Vancouver Canucks in 1981.  He set a Canucks rookie record with 60 points (later broken by Pavel Bure).

In 2000, Hlinka took over the head coaching reigns of the Pittsburgh Penguins, guiding the team to a 42-28-9-3 mark, and a spot in the Eastern Conference Final.  He was killed in an automotive accident in the Czech Republic in August of 2004.