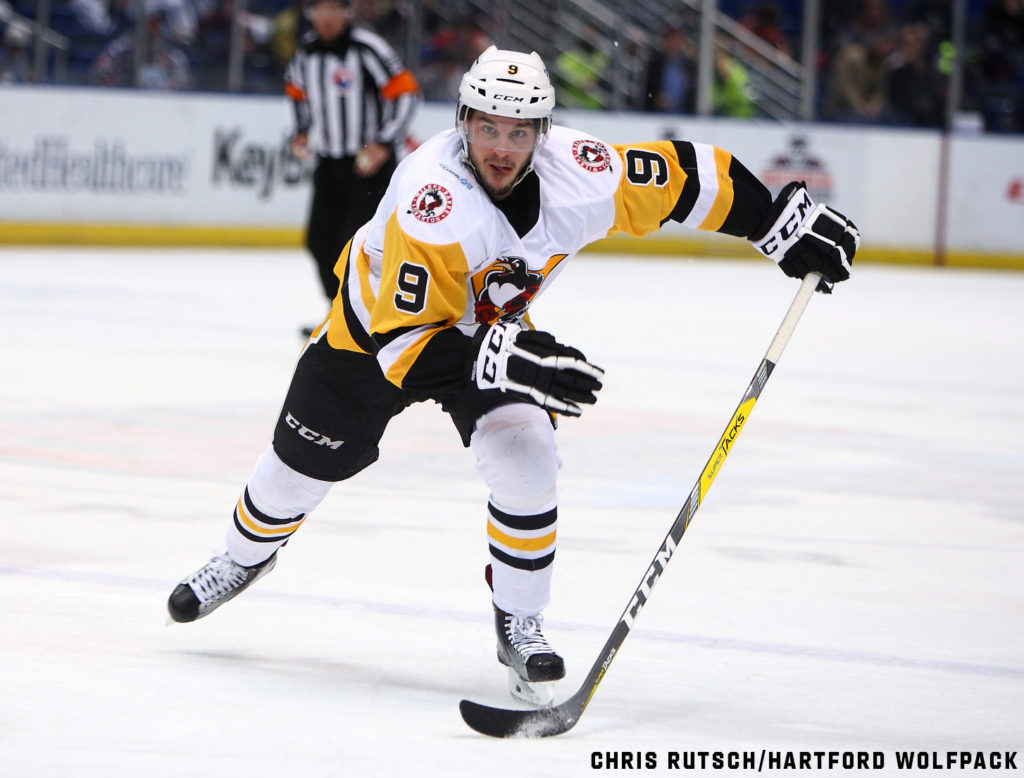 The Pittsburgh Penguins have re-signed forward Jean-Sebastien Dea to a one-year contract, it was announced today by executive vice president and general manager Jim Rutherford.

Dea, 23, made his NHL debut for the Penguins in the 2016-17 regular-season finale against the New York Rangers. He was a member of the 2016 and ’17 Penguins’ ‘Black Aces’ taxi squad when the Pens won back-to-back Stanley Cup championships.

Dea was signed as an undrafted free agent by the Penguins on September 17, 2013. He played three seasons with the Rouyn-Noranda Huskies of the Quebec Major Junior Hockey League. With the Huskies, Dea tallied 192 career points (111G-81A). In 2013-14, he scored 49 goals, 18 more than second-highest player on the team. That total set a single-season career high and tied for the fourth most in the QMJHL.