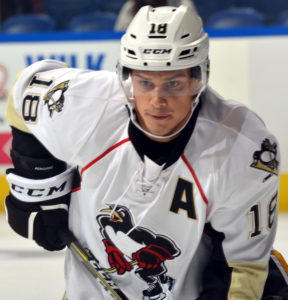 WILKES-BARRE, Pa. – The Wilkes-Barre/Scranton Penguins have reduced their roster with three players under AHL contracts being assigned to the Penguins’ ECHL affiliate, the Wheeling Nailers, and five more being released from their tryout agreements with the team.

Forwards Riley Bourbonnais, Cam Brown, Reid Gardiner, Nick Sorkin and Cody Wydo as well as defenseman Craig Skudalski and goalies Will King and Colin Stevens will all report to Wheeling for the start of Nailers training camp.

The Penguins have 33 players remaining in camp following today’s transactions. Wilkes-Barre/Scranton’s roster can be viewed by clicking here.