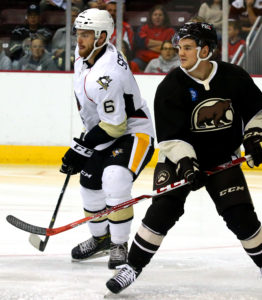 WILKES-BARRE, Pa. – The Wilkes-Barre/Scranton Penguins announced today that they have signed defenseman Kevin Spinozzi to a professional tryout contract.

Spinozzi was one of 21 players initially invited to Penguins training camp on Sept. 21 and stuck with the team through every round of roster adjustments during the preseason.

The 21-year-old blueliner is coming off of a career-best season with the Sarnia Sting of the Ontario Hockey League. During the 2016-17 campaign, Spinozzi notched personal highs in goals (13), assists (28), points (41) and multi-point games (11). While wearing the captain’s “C” for the Sting, Spinozzi led the team with a plus-13 rating and topped all Sarnia defensemen with four power play goals. He also tied for the team’s postseason lead in points with four (3G-1A). 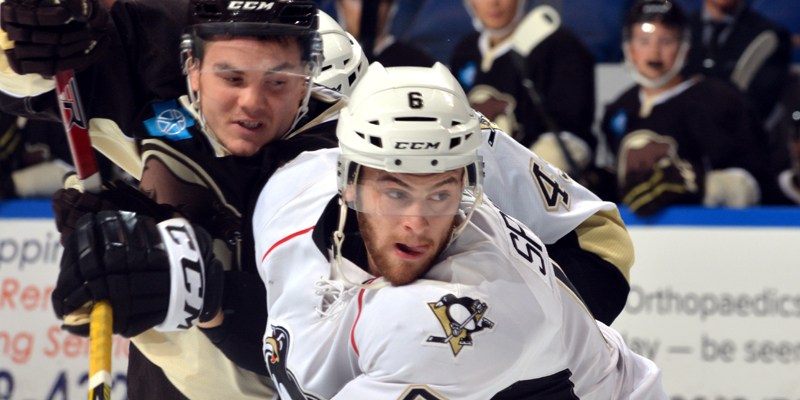