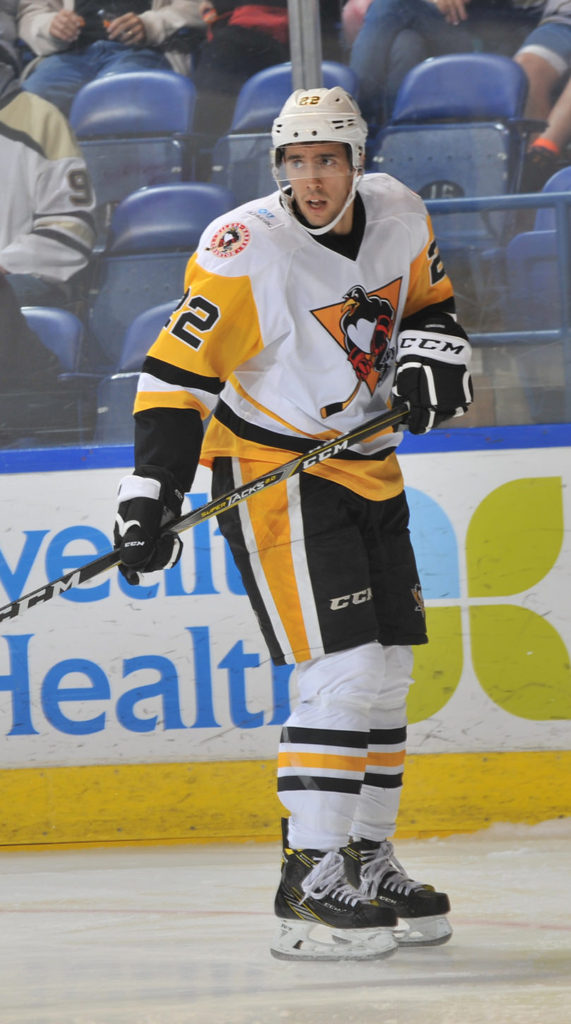 Corrado, 24, has skated in six games with WBS this year, tallying two points (1G-1A). He has also compiled a plus-4 that ranks second on the club.

Originally a fifth-round (150th overall) selection by the Vancouver Canucks back in the 2011 NHL Draft, Corrado has appeared in a total of 71 career NHL games with Vancouver, Toronto and Pittsburgh, producing eight points (3G-5A). Corrado broke into the NHL as a 20 year old with Vancouver in 2013.