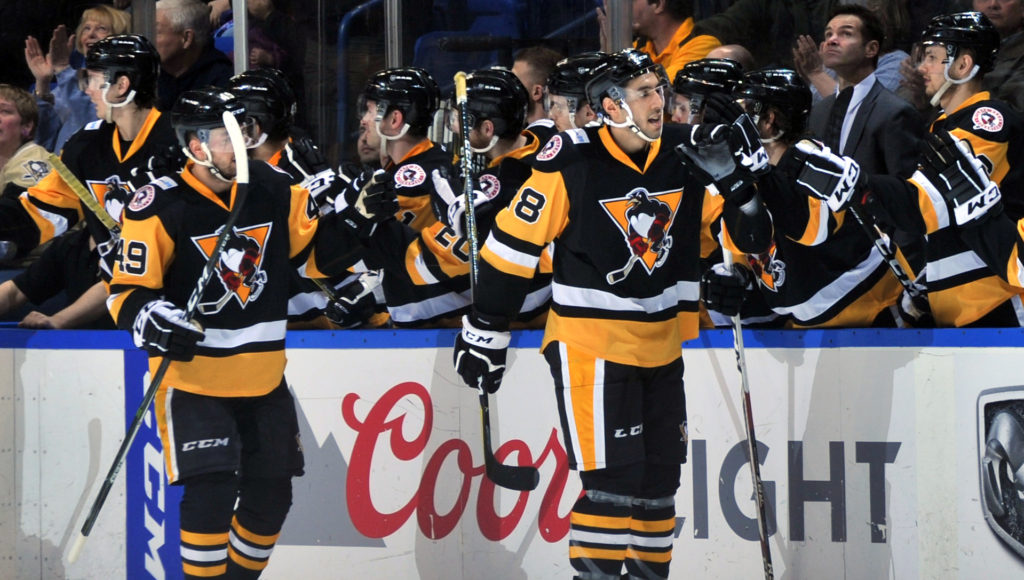 The Pittsburgh Penguins have re-assigned defenseman Frank Corrado to Wilkes-Barre/Scranton of the American Hockey League, it was announced Monday by executive vice president and general manager Jim Rutherford.

Corrado, who played in three NHL games with Pittsburgh, returns to a Wilkes-Barre/Scranton squad that owns the AHL’s best record at 11-2-1 this year. Those numbers include an active 11-game point streak (10-0-1).