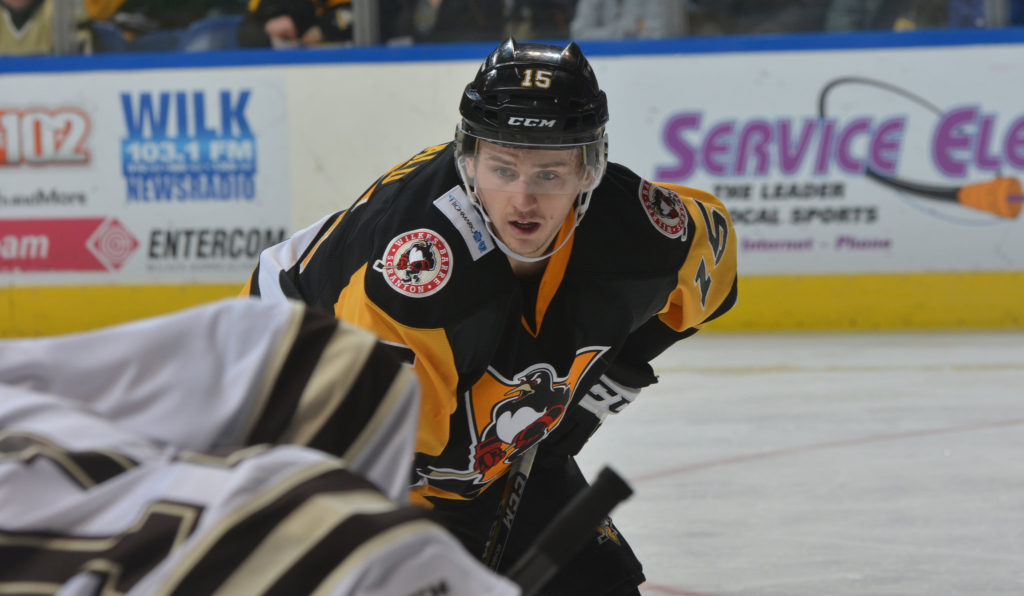 The Pittsburgh Penguins have assigned forward Josh Archibald to the Wilkes-Barre/Scranton Penguins of the American Hockey League on a conditioning assignment, it was announced today by executive vice president and general manager Jim Rutherford.

Archibald, 25, has appeared in two games with Pittsburgh this season, going scoreless.

Pittsburgh’s sixth round choice in the 2011 NHL Draft, Archibald has appeared in 182 games with Wilkes-Barre/Scranton in parts of four seasons (2013-17), recording 61 points (31+30).  Last season he tied for the AHL lead with four shorthanded goals, and was sixth with a plus-25 rating.

Wilkes-Barre/Scranton’s next game is tonight, Friday, Dec. 1, when the Penguins welcome the Milwaukee Admirals to Mohegan Sun Arena at Casey Plaza. Puck drop between the Penguins and Admirals is 7:05 p.m., and marks the return of WBRE/WYOU Eyewitness News Fan Fridays. Lower bowl tickets (excluding glass seats) for Friday’s game against Milwaukee are $14, and select draught beers are $2 from 6:00-7:30 p.m.

Individual tickets for all Penguins home games are available at the Mohegan Sun Arena at Casey Plaza at Casey Plaza box office, online at TicketMaster.com, or by calling 800-745-3000.