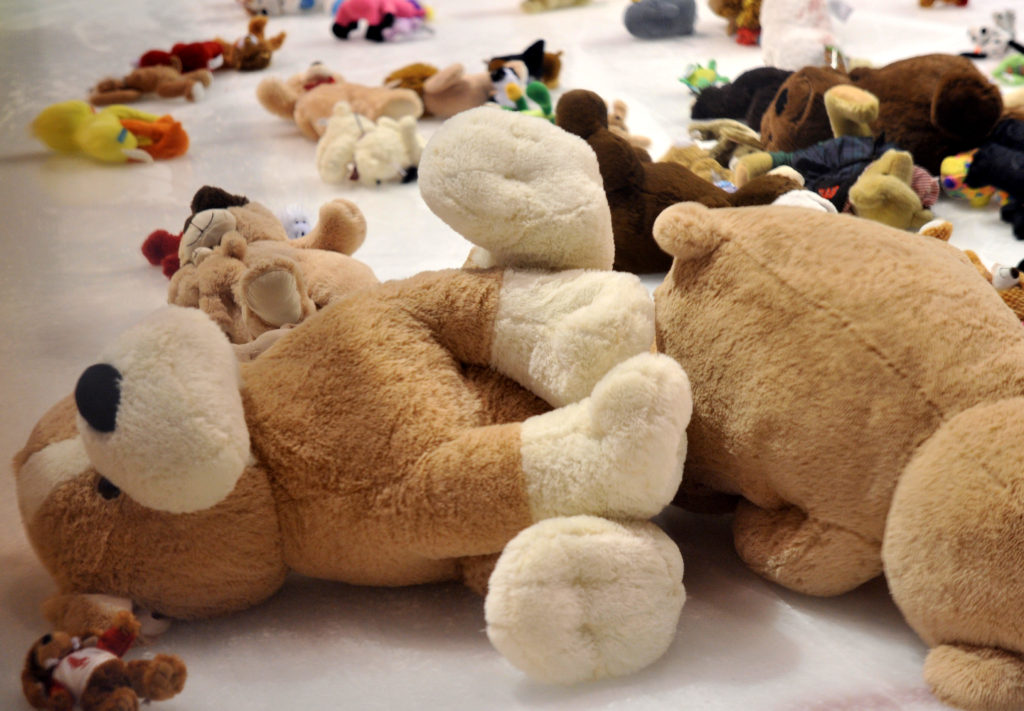 Teddy Blueger scored both of Wilkes-Barre/Scranton’s (13-5-0-1) goals in the contest, notching the first multi-goal game of his career.

After a scoreless opening frame, Blueger bravely stood in front of a wicked point shot from Andrey Pedan and tipped it past Linus Ullmark three and a half minutes into the second period. Blueger’s tally put the Penguins on the board and elicited the fans to hurl hundreds of stuffed animals onto the ice as part of Wilkes-Barre/Scranton’s annual Teddy Bear Toss game.

After the mid-game stoppage for teddy bear clean-up, Rochester came out strong and rattled off four unanswered goals in the second stanza. Eric Cornel got the Americans on the board at 8:50 of the middle frame, followed by a goal by Garret Ross and two scores from Evan Rodrigues.

Facing a three-goal deficit, Wilkes-Barre/Scranton cut into the lead at 14:29 of the third period courtesy of a shorthanded goal by Blueger. Ullmark misplayed the puck behind his cage, and Blueger swooped in on the loose change and tucked it around the post for his second tally of the night.

C.J. Smith iced the game for Rochester with an empty-netter with just 55.3 seconds left as the game reached its final score of 5-2.

Anthony Peters recorded 32 saves on the 36 shots he faced in his Penguins debut. Ullmark posted 22 stops for the Americans.

The Penguins’ next game is tomorrow, Sunday, Dec. 3, when they travel to Giant Center to take on the Hershey Bears. Wilkes-Barre/Scranton’s next home game is Friday, Dec. 8 against the Charlotte Checkers. The Checkers’ visit to Mohegan Sun Arena at Casey Plaza is also a WBRE/WYOU Eyewitness News Fan Friday. All tickets for Dec. 8’s contest are $14, and select draught beers are $2 from 6:00-7:30 p.m. Puck drop between the Penguins and Checkers is 7:05 p.m. Individual tickets for all Penguins home games are available at the Mohegan Sun Arena at Casey Plaza box office, online at TicketMaster.com, or by calling 800-745-3000.

PENGUINS LOSE GAME ONE TO CHECKERS IN OVERTIME, 3-2