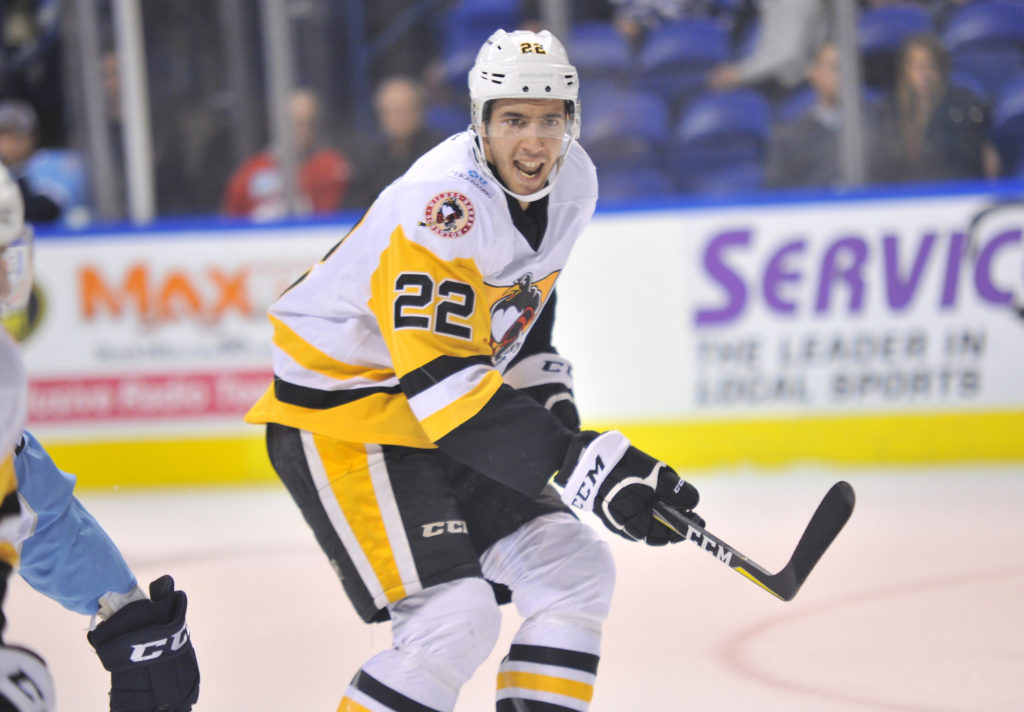 Corrado, 24, played in three games for Pittsburgh earlier this year, posting an even plus/minus while averaging 11:06 minutes per game. Corrado has compiled five points (1G-4A) and a plus-4 in 12 AHL contests with WBS.

Originally a fifth-round (150th overall) selection by the Vancouver Canucks back in the 2011 NHL Draft, Corrado has appeared in a total of 74 career NHL games with Vancouver, Toronto and Pittsburgh, producing eight points (3G-5A). Corrado broke into the NHL as a 20 year old with Vancouver in 2013.

The Wilkes-Barre/Scranton Penguins return to action on Friday night when they host the Charlotte Checkers at 7:05pm.  It’s another EYEWITNESS NEWS FAN FRIDAY, with lower bowl tickets available for just $14, select draft beers for just $2 (from 6-7:30pm) courtesy of the PA Prostate Cancer Coalition, and postgame autographs from a pair of Penguins players.