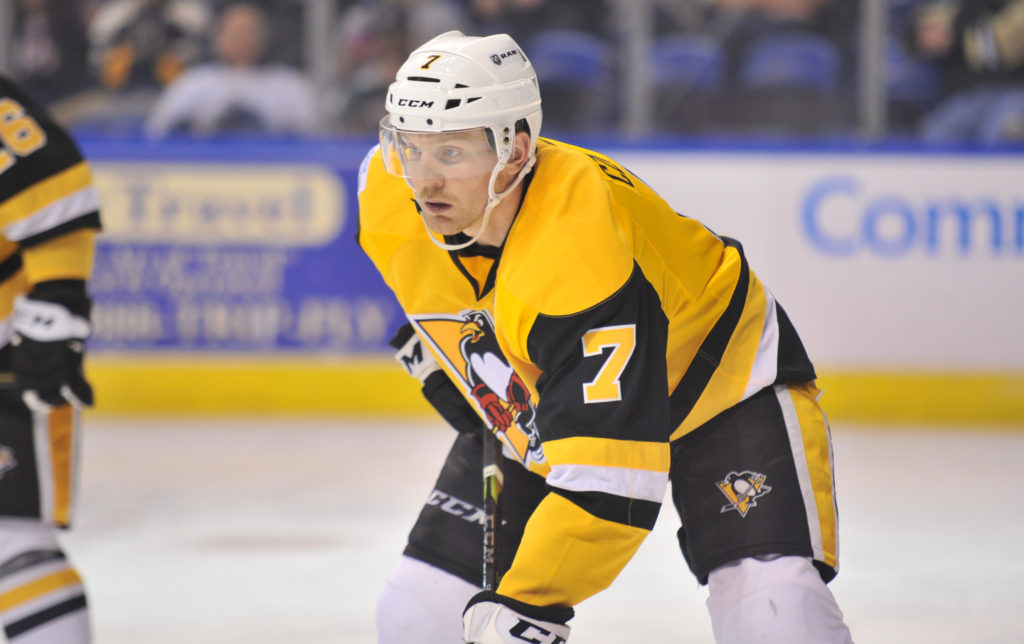 The Pittsburgh Penguins have recalled defenseman Kevin Czuczman from the Wilkes-Barre/Scranton Penguins of the American Hockey League, it was announced today by executive vice president and general manager Jim Rutherford.

Czuczman, 26, leads all WBS defensemen this season with 14 points (1G-13A) in 22 games. His 13 assists are tied with Dominik Simon for the team lead.

The lefthanded-shooting blueliner made his NHL debut with the New York Islanders in 2013-14, picking up two assists in 13 games. Prior to joining Manitoba, Czuczman skated for two years with the Islanders’ farm club, the Bridgeport Sound Tigers, where he appeared in 124 games and had 22 points (5G-17A).

Wilkes-Barre/Scranton is back in action on Sunday afternoon, when they face the Hershey Bears at 5:00pm at the Giant Center.

The Penguins return home to face the Springfield Thunderbirds on Wednesday night at 7:05pm.  Individual tickets for all Penguins home games are available at the Mohegan Sun Arena at Casey Plaza box office, online at TicketMaster.com, or by calling 800-745-3000.